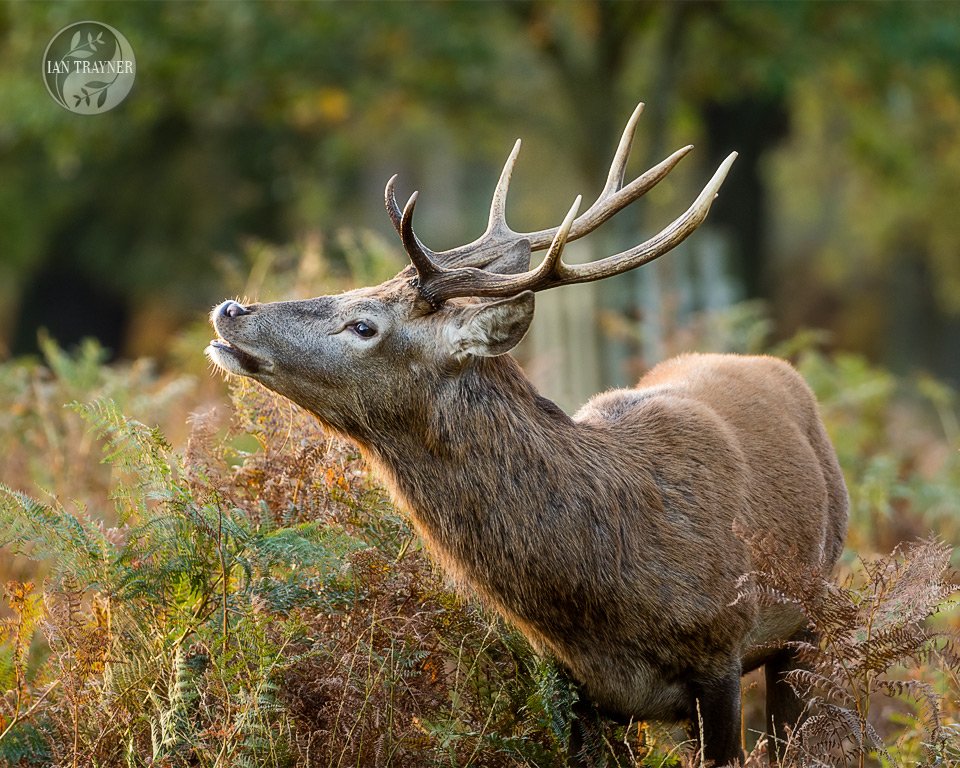 As a kid I used to think there is probably no better job than being a wild life photographer or film maker. You get to travel the world, visit wondeful and beautiful places, and life would be a bed of roses. I am sure it isn’t all like that though. I bet it is jolly hard work.

When I take photos of the deer in Richmond Park it makes me appreciate the enormous patience and professionalism of “proper” wild life photographers. Sometimes they remain in hides for days, or even weeks. My maximum is about 2 hours before I go home for breakfast or a pot of tea.

For the benefit of anyone who doesn’t know, only red deer males have antlers, and they grow a new set each year.

Richmond Park contains two species of deer that are both indigenous to the British Isles. They are red deer, Cervus elaphus and fallow deer, Dama dama. These are photos of red deer.

The rutting season starts in September and “probably” ends in November. Or does it? I was in the park on Christmas day and there was one stag who believed it was still the rutting season. There were about 100 deer in “his” herd. Lots of females plus some young males around the fringes. Mr Big Stag was preoccupied in keeping the younger males in their place, ie on the fringes.

These photos were taken on the morning of 26th October 2020. The early morning sun was low in the sky, and it made the autumnal colours of the foliage really sing.

When I am photographing deer in the rutting season I often choose to have the sun behind the deer, because it gives a beautiful rim lighting on the deer and the foliage, and it shows up the condensing water vapour when the deer breath out. They have large lungs! 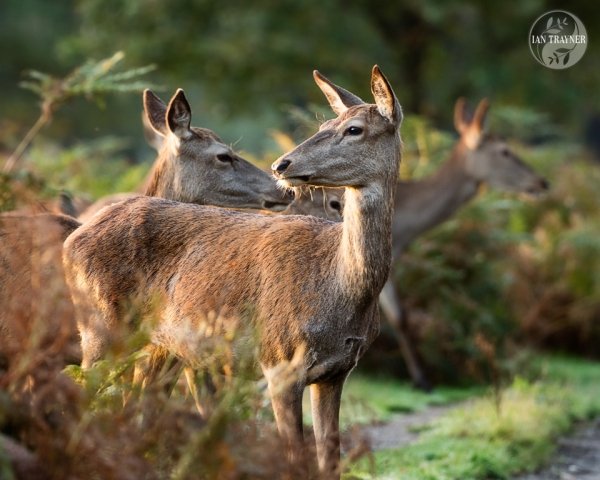 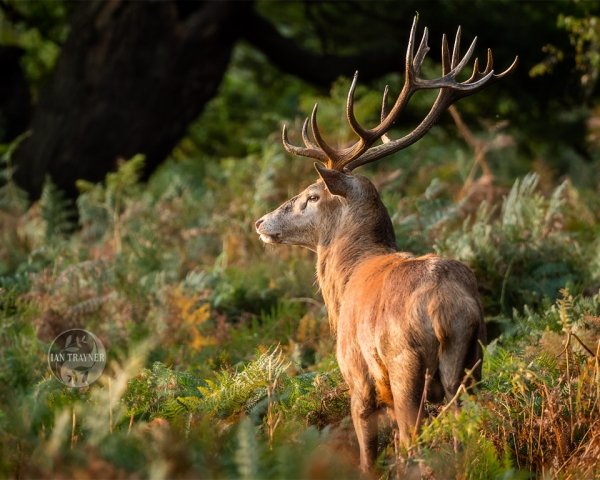 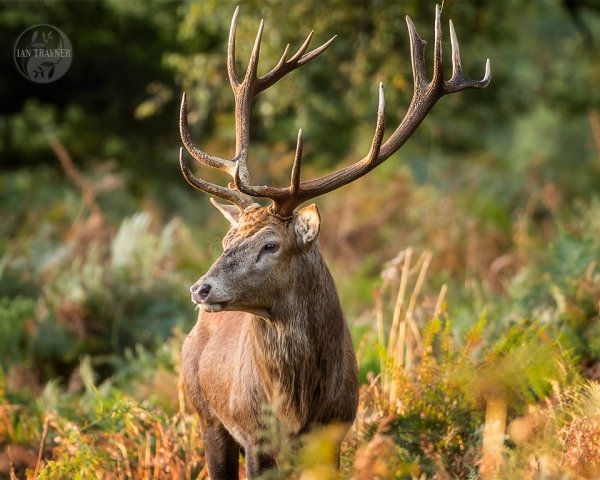 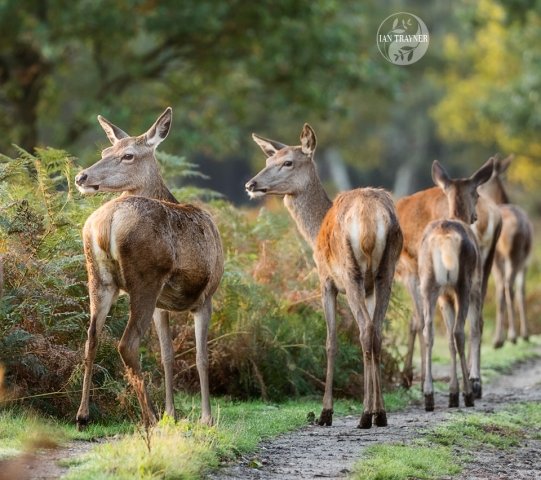 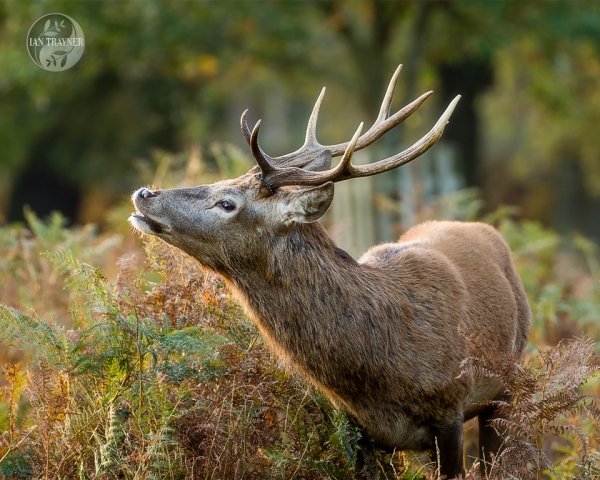 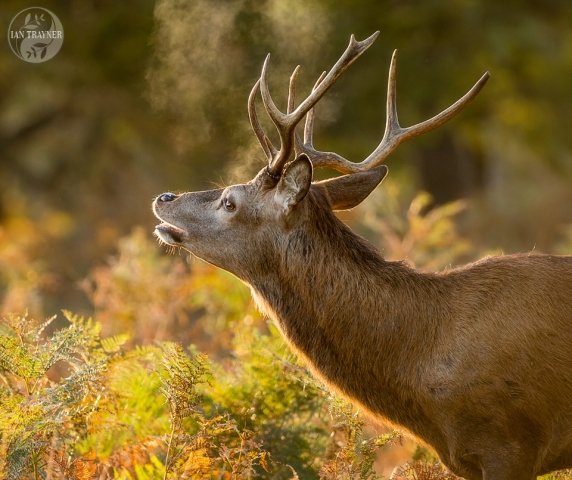 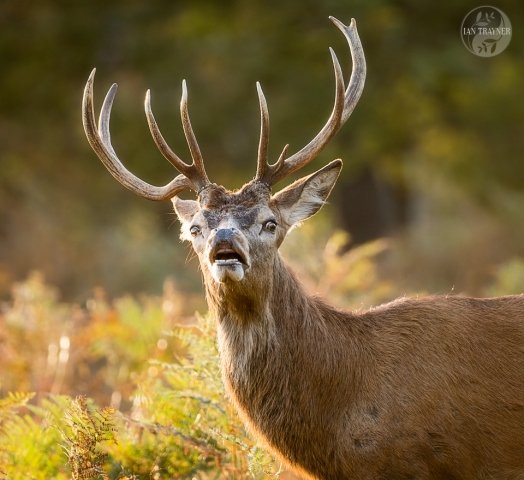 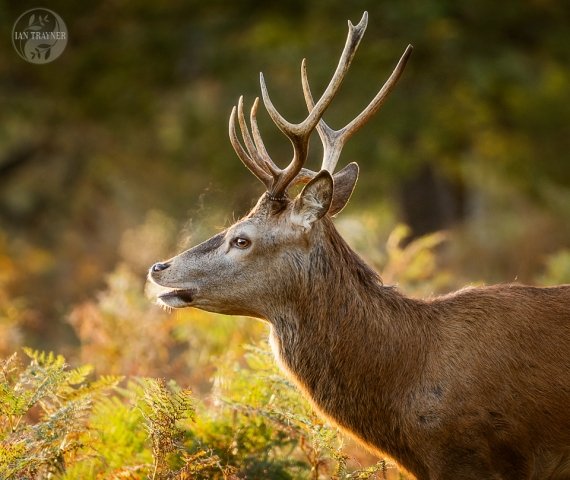 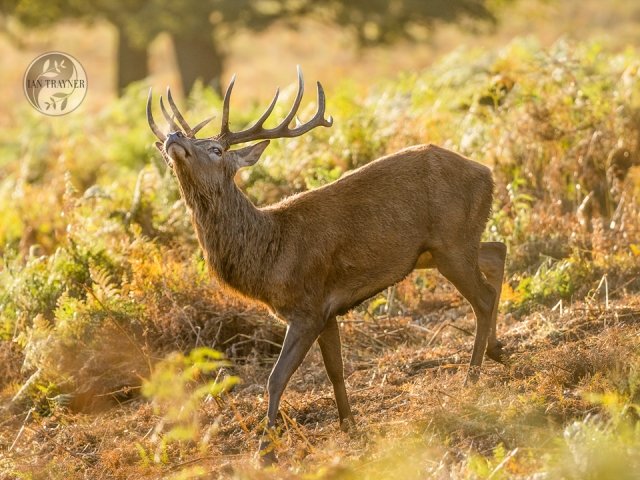 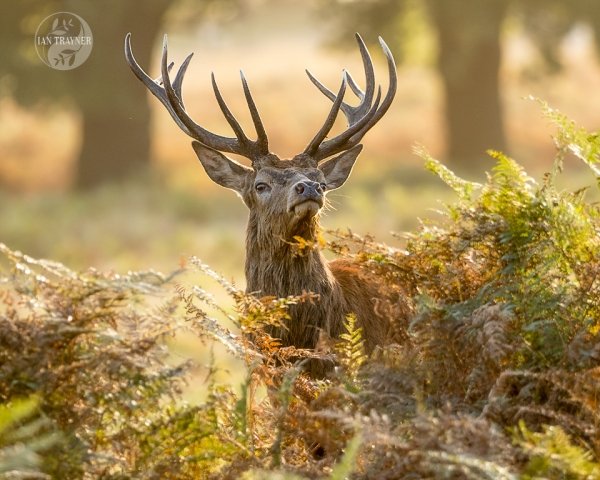 For those of you who are interested I was using an Olympus OMD EM-1 MarkII camera fitted with a 300mm F4 lens. Because this is a “micro four thirds” camera this lens gives a magnification “equivalent” to a 600mm on a full frame chip. So I have to stand well back if I want to fit an entire deer in frame.

One has to be careful of making assumptions based on terminology. I had always assumed that a “micro four thirds” chip is smaller than a “four thirds” chip. But when I was looking for a suitable link for this information I discovered the size of the chip is the same! It is just that the micro four thirds standard allows for the rest of the camera size to be reduced. I didn’t know that until now! Assumptions are dangerous things that can catch us unawares.

The 300mm lens is a superb professional lens, and the camera body is a technical marvel. The only drawback is that I can’t use an ISO higher than 800 if I want to create professional quality images. That is the main disadvantage of having a relatively small chip I think.

On this occasion I set the lens at F4 and the camera to shutter priority. Then I just allowed the camera to do all the exposure thinking for me. Sometimes I added some exposure gain (empirically) when the backgrounds were particularly bright and I wanted to bring up the darker colours of the semi-silhouetted deer. But the camera did a pretty good job. I used a tripod of course.

I apologize the following image is not being displayed (as judged on my computer) small and sharp like the two above. Don’t know why. A quirk of WordPress I suppose?

The Magic of Light – part 2