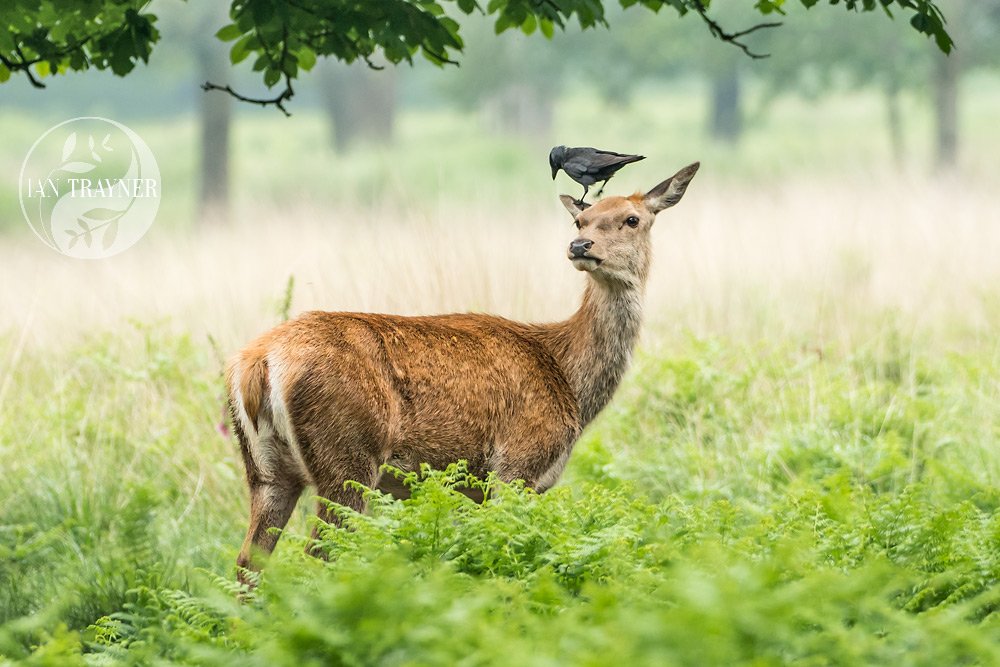 What is the relationship between red deer and jackdaws?

I took these photos in Richmond Park, where red deer (Cervus elaphus) and jackdaws (Corvus monedula) are very common and easy to watch. Although it is very common to see jackdaws standing on the deer, I am not sure why they do this, although they certainly appear to be looking for something in the deers’ fur. A quick online search suggests the jackdaws are eating ticks and bugs, in which case they will be doing the deer a service. But do the deer know this? The deer certainly seem very tolerant of the birds, which clamber all over their heads and ears. No matter how often I see this behaviour it always amuses me, and it makes me feel good.

It has also been claimed that jackdaws pluck loose hair from the deer, and also loose velvet from growing antlers on the stags for nest material. Seems like a very reasonable suggestion, and it has probably been witnessed too.

Usually the deer hardly react to the jackdaws at all, but sometimes they do. The doe in these photographs only seemed to react when the jackdaw put all it’s weight on one ear. She didn’t shake her head to remove the bird, but moved her head just enough to make the jackdaw move.

If you do a quick google search you will find loads of other photos of jackdaws walking over red deer, and this is very common behaviour.

I have always had a soft spot for jackdaws. Undoubtedly my personal fondness for these birds started as a boy, when for a few weeks a yound jackdaw became “tame”. It all started in a very hot dry summer, and my father investigated noises coming from our water tub. He discovered a young jackdaw, presumably drawn to the water, desperate for something to drink. The bird was not fully fledged, and was not yet a strong flyer – preferring to walk.

As an example, once one of our cats started heading for the bird, and rather than flying, it started walking towards me as fast as it could – looking a bit worried. Fortunately I reached the jackdaw before our cat did.

I loved animals and natural histroy when I was a boy, so it was bliss for me that the Jackdaw would sit on my shoulder for long periods of time. It was a strange sensation when the bird looked at me, because it stretched out it’s head, and looked “downwards” at me, perpendicular to the line of it’s beak. I realised that the angle of their eyes is perfectly adapted for looking below when they are flying, so when he (or she) wanted to give me a beady eye, he (or she) would turn his (or her) head so as to look at me with binocular vision, looking 90 degrees “downwards”.

Like many members of the crow family, Jackdaws are considered intelligent for beings with bird brains. They are also quite playful. I was also touched to read “males and females pair up in their first year of life, but they do not begin to breed for another year”.

The young jackdaw I befriended as a child like to “nibble” at my eyelashes. I don’t know how else to describe it, and it was quite unerving having that big hard beak immediately next to my eyes. But s/he did it with great care. This behaviour is reminiscent of the way they poke around on the faces of the deer, where they often seem to be looking for something near the deers’ eyes. I don’t think “my” jackdaw found any ticks or bugs around my eyes. What I am saying is that this kind of behaviour seems to be instinctive to jackdaws. 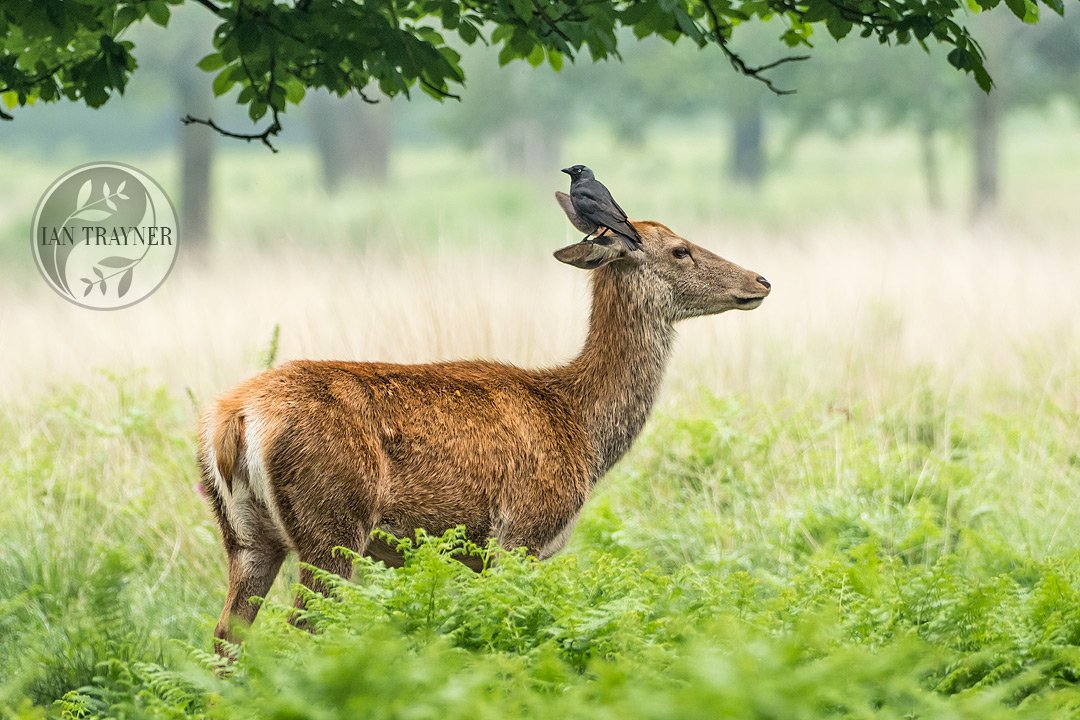 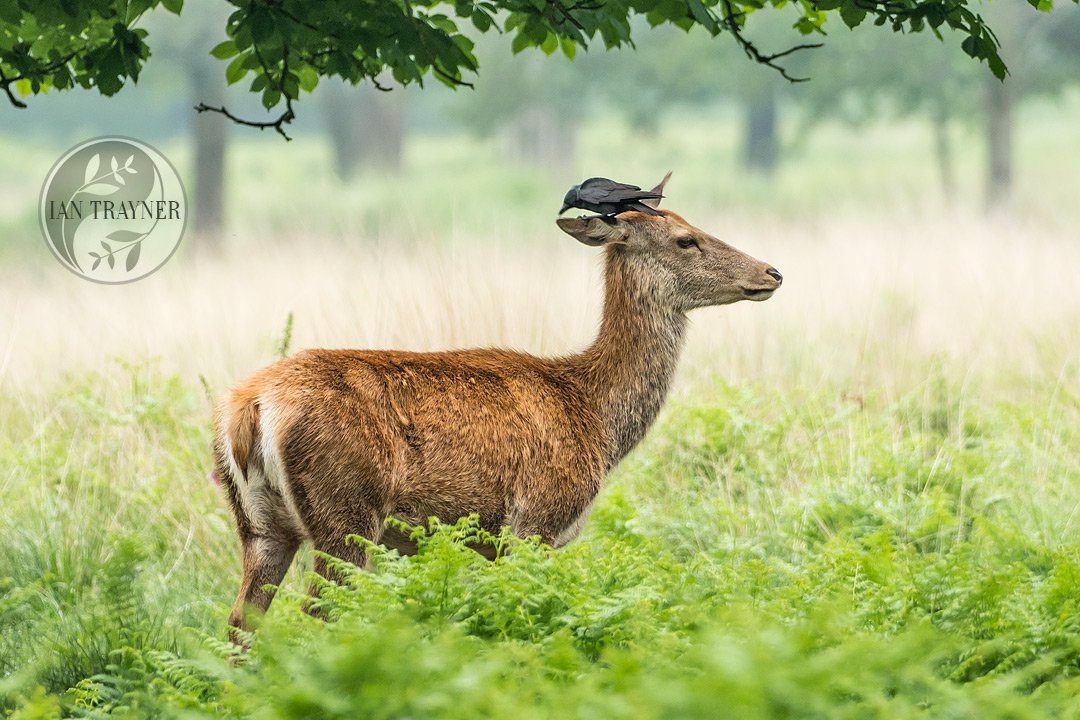 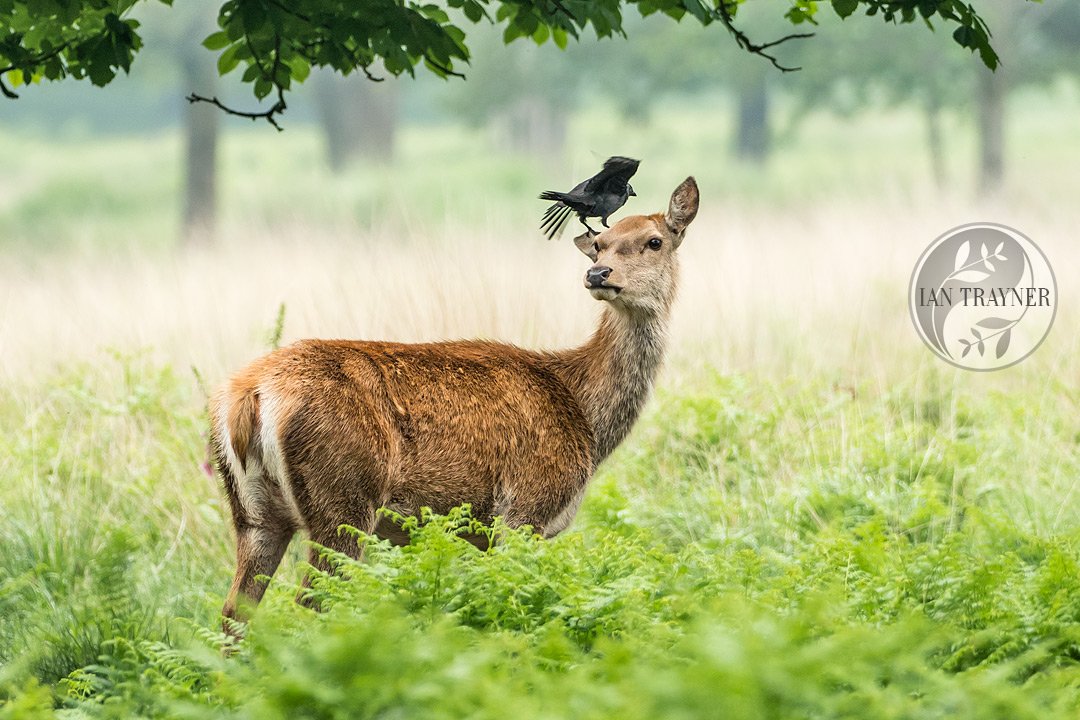 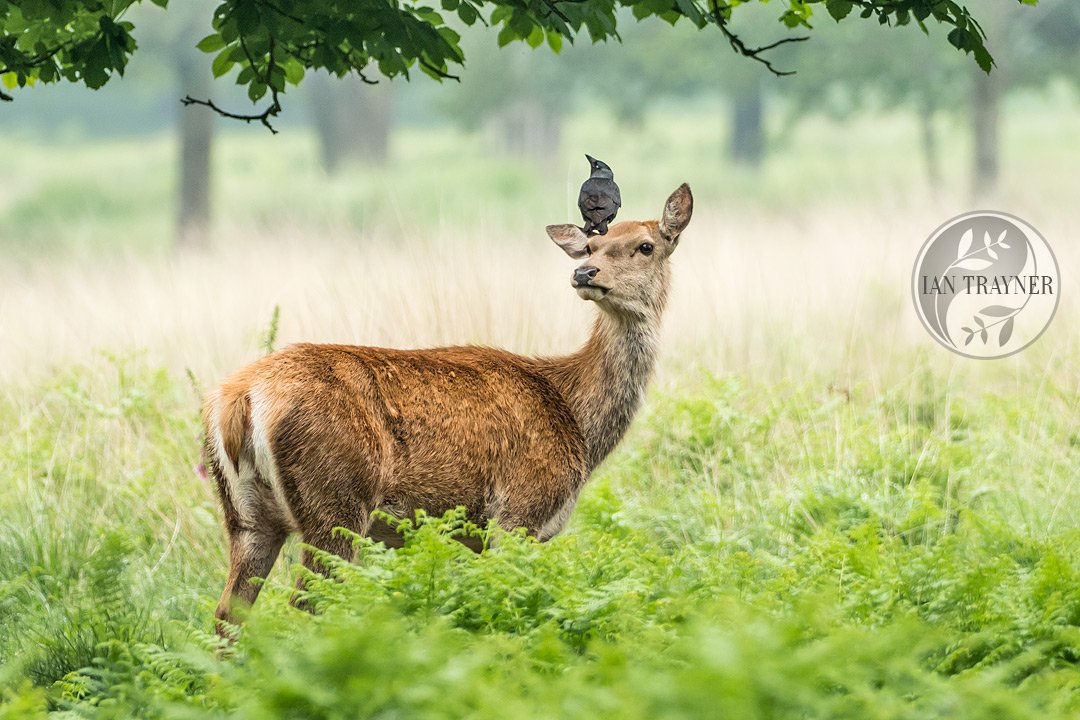 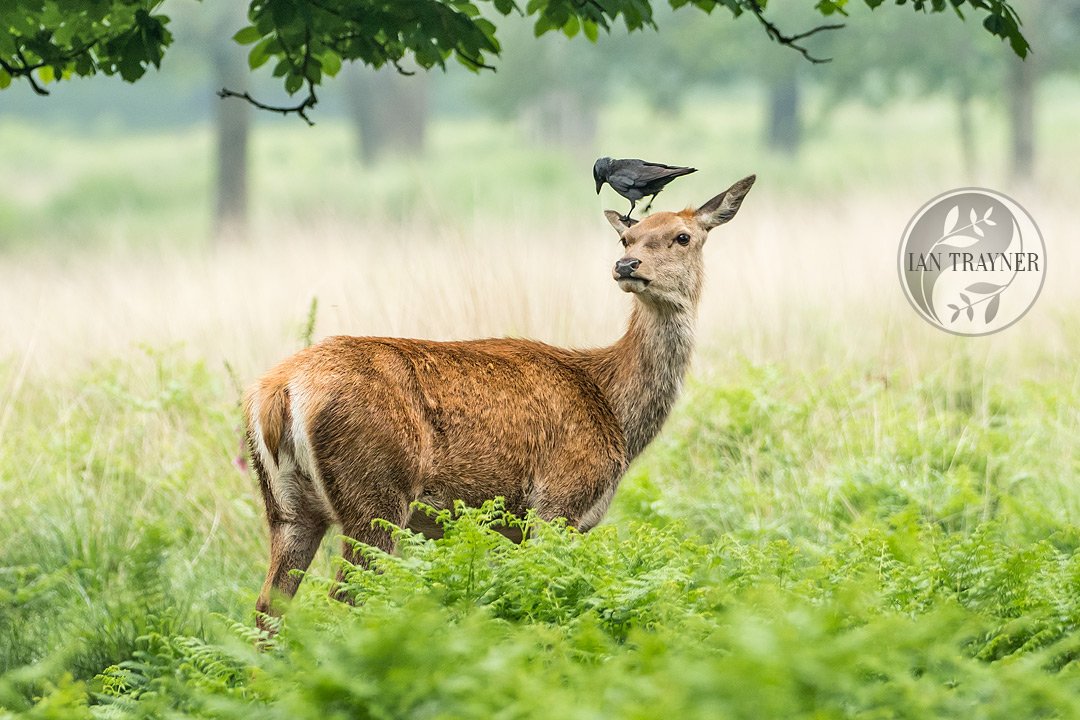 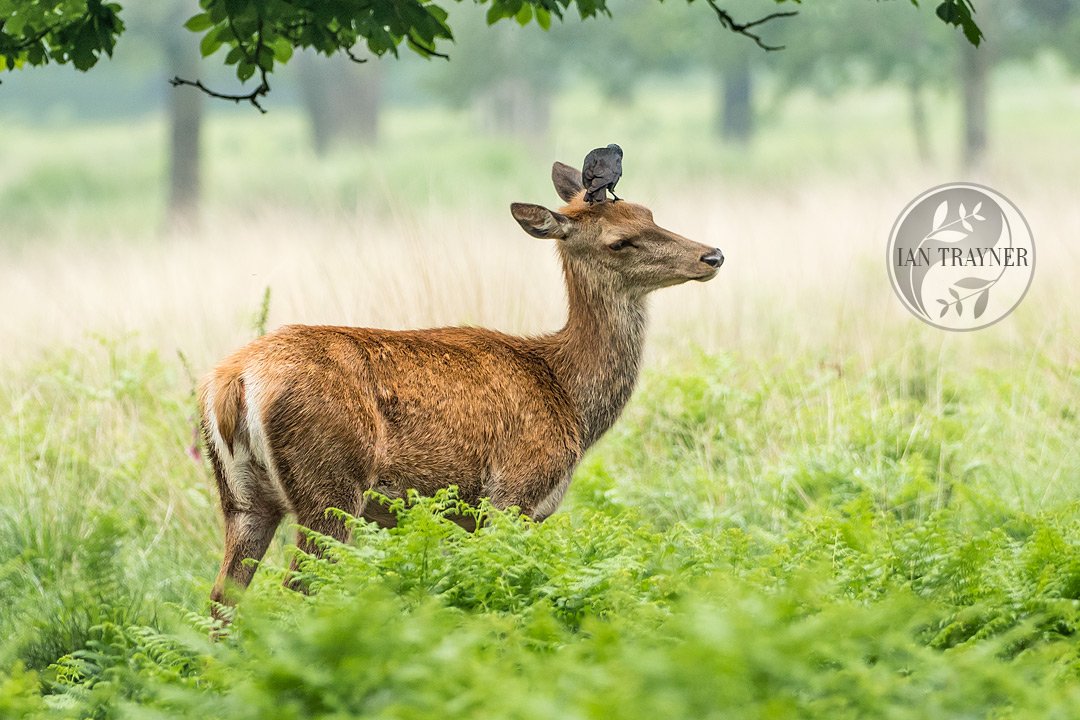 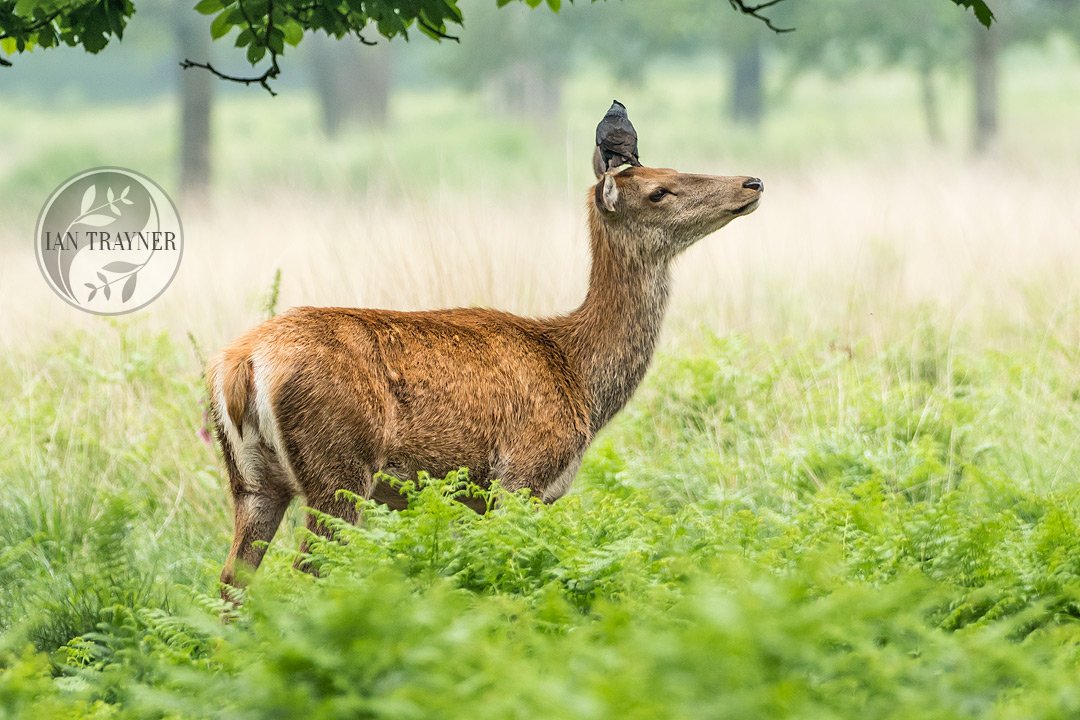 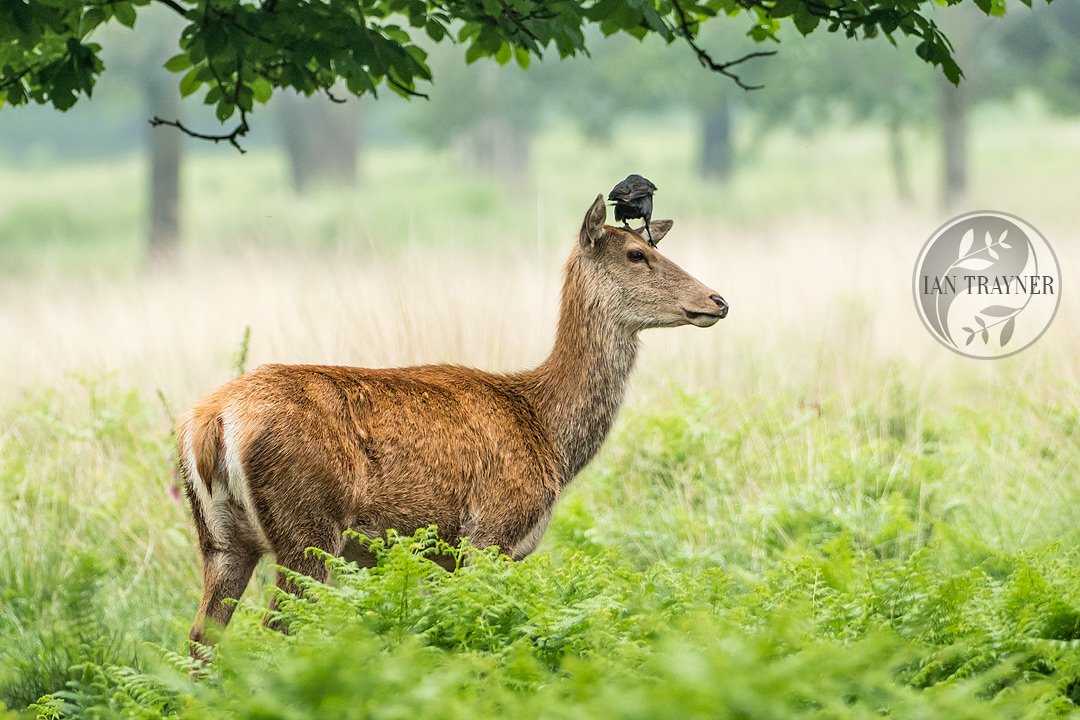 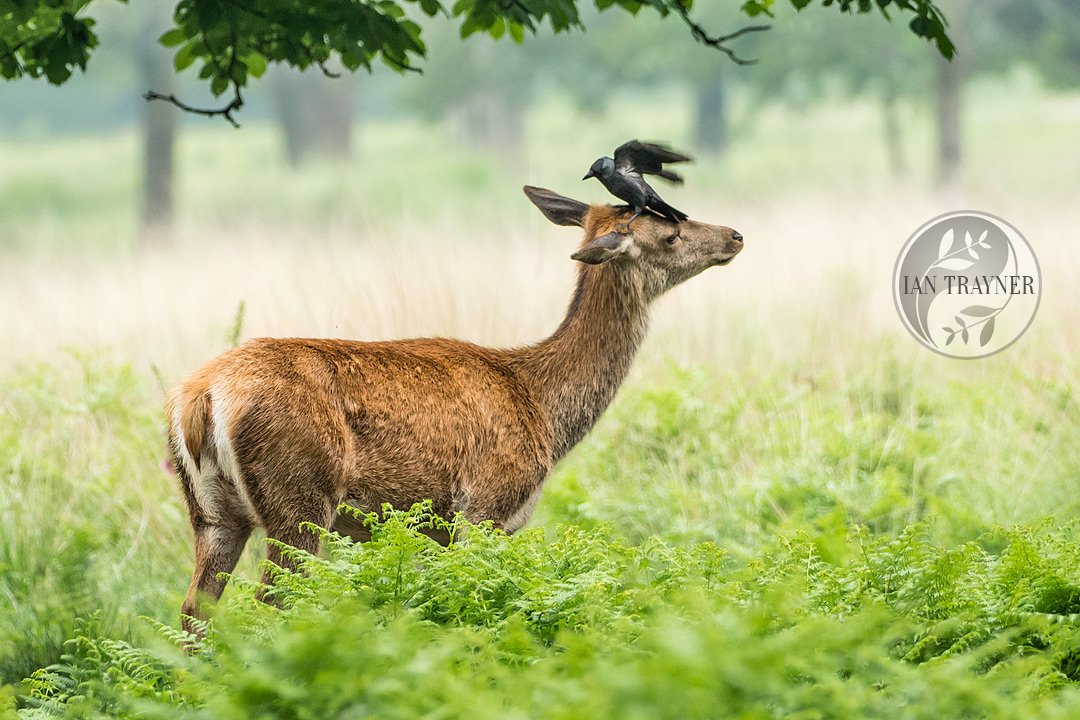 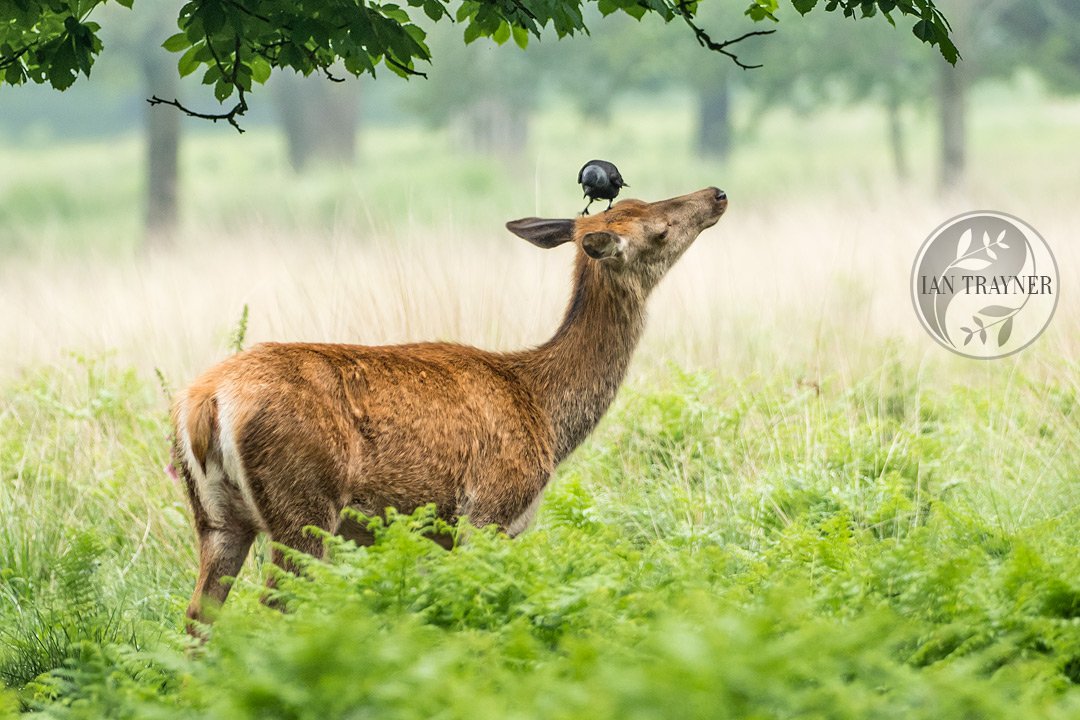 Camera: Olympus OM-D EM-1 mark 2
Lens: Olympus M-Zuiko ED 300mm 1:4 IS PRO
F4, 1/125s, iso 400
Tripod mounted
Although in many respects this camera is a technical marvel, I am reluctant to use it at a higher iso than 800 because of the noise that starts creeping in.