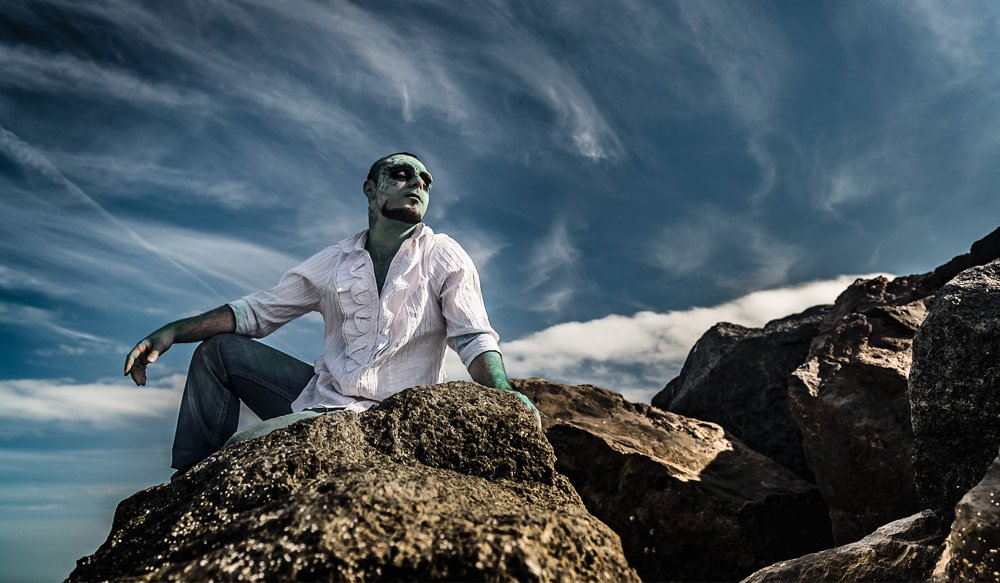 I want to share some images I captured at a recent fantasy photo shoot. The shoot was organised by PortraitX, and it involved something like 4 make up artists, 12 models and 16 photographers!

As you can see in my photos, we were blessed with good weather. It was a beautiful warm day, and the sky was a superb deep blue with variable cloud cover. Sometimes there were “very expressive” whispy clouds, which added to the images. A healthy wind was blowing, which was very pleasant because it was a hot day. However the wind played merry jingo with the models’ hair!

It was a superb day for me, and I came away with a healthy set of images. I will probably share more of them in future blog posts.

One of my main aims was to capture an image of a mermaid being dragged from the sea in a net. The lovely Caitlin Barnes-Davis was the mermaid, and she was caught by “The God of the Sea”, played by Marcus Godfrey. 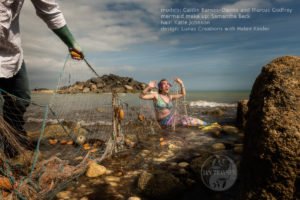 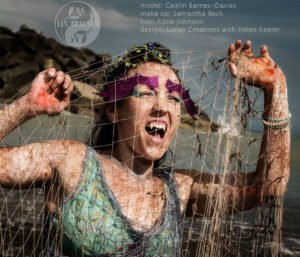 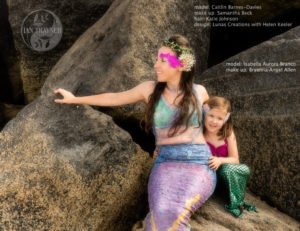 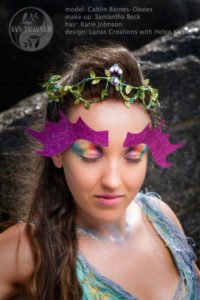 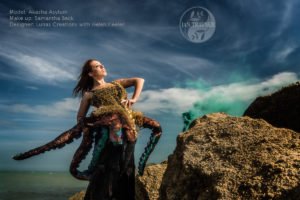 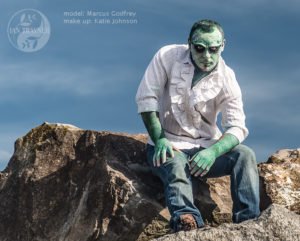 Fashion photo shoots organised by PortraitX are always an opportunity, and a challenge. A huge amount of organisation goes into these shoots, but once on location, it is up to the photographers to think on their feet. We may have some ideas up our sleeves, but we have to adapt to local conditions to put them into practice.

My photos of Marcus and Akasha (the Kraken) were taken using only natural light, and you can see how I used the sunlight to my advantage. Even in a beautiful setting like this, I believe the direction and quality of the light is the most important factor to consider. I used a polarising filter to increase colour saturation in general, and of the sky in particular. I also added a bit of “clarity” in post production to make the clouds stand out more.

I added a touch of flash to the portraits of Caitlin and Isabella sitting on the rocks.  The sun is coming at them from behind, over their left shoulders, and I wanted to bring more light into their faces. But I also wanted to retain a fairly natural look, so I used a soft box, and I adjusted the brightness to give a gentle and natural effect.

I used a much “harder” flash, with a small reflector dish, to throw extra light on Caitlin when she was struggling in the fishing net. This is because she is the main feature in those photos, and I wanted to draw the eyes to Caitlin. As always, the direction of the light is critical. I also used Marcus’s arm and the line of the net to help draw the eye to the stricken mermaid. The sea and the distant rocks provide lines that draw the eye towards Caitlin, but I did have to be careful that the horizon didn’t go through her face any higher than it is.

In the close up photo of Caitlin struggling in the fishing net, I lengthened her canine teeth in post production. I also overlaid scales from a rainbow trout on her skin. It seems a shame to transform this beauty into a scaly demon-like creature, but “so it goes”!

People who contributed to this set of images from this fashion photo shoot are;

Caitlin Barnes-Davis is our beautiful mermaid. Her make up was done by Samantha Beck. And the mermaid costume was made and supplied by Lunas Creations.

I have included a “behind the scenes” photo of Caitlin with Isabella Aurora Branco, who was cast as a baby mermaid. Isabella’s make up was done by Bryanna Angel Allen.

Akasha Asylum is the Kraken. The Kraken costume designed and made by Lunas Creations.

Marcus Godfrey is the “God of the Sea”.
His extremely impressive make up (or should that be “special effects”) were done by Katie Johnson.