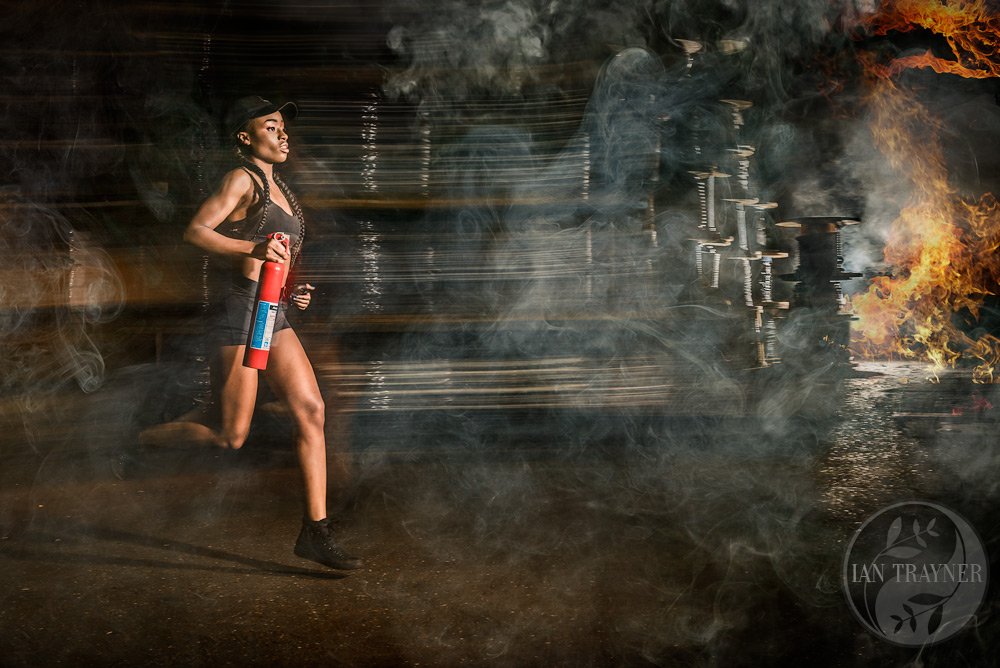 This photo shoot was inspired by a character that Rihanna plays in the film “Battleship“. She plays a small and very feminine “weapons officer”, who is totally at home in a very macho environment. Our “macho environment” is a large warehouse/factory that was originally used for building submarines! Although it is no longer used for that purpose.

Selected images from the photo shoot

I already shared some photos from the first part of this shoot (although I have just added some “behind the scenes” shots taken by Martin Brown to that post). Now I am sharing a few action shots, plus one more portrait of Yollanda’s face. This is because I want to show the quality of Viya La Belle’s make up.

When factory catches fire, Yollanda has to act, and act fast. 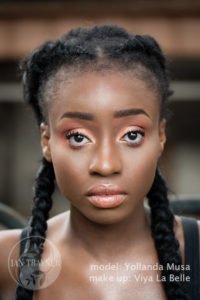 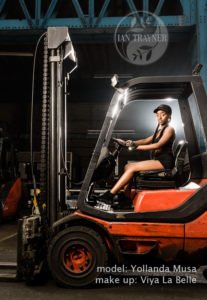 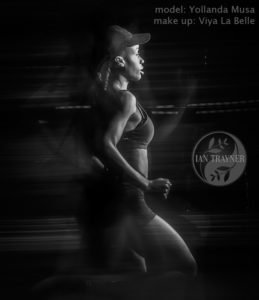 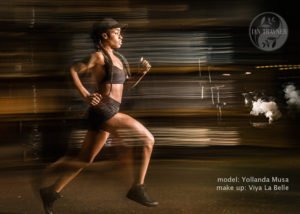 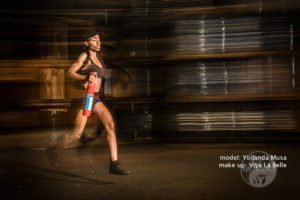 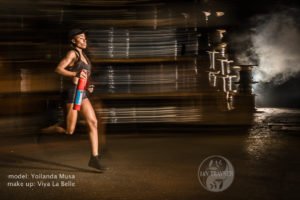 In order to capture a sense of movement as Yollanda runs, I “dragged the shutter” and panned the camera to create the linearly blurred background. But I also wanted to see Yollanda clearly, so I added some rear sync flash, to freeze her action in the final instant of the exposure.

So, the resulting images of Yollanda running are in effect two images captured in the same exposure, and superimposed on each other. One is a slow exposure using ambient light, and the other is a frozen moment as the flash fires.

Behind the scenes photos by Martin Brown

These “behind the scenes” photos were taken by Martin Brown, and I am very grateful to him for allowing me to share them with you. 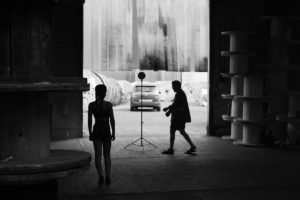 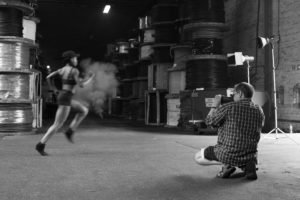 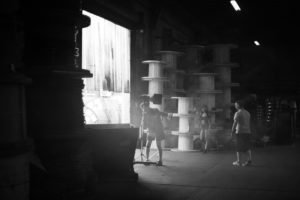