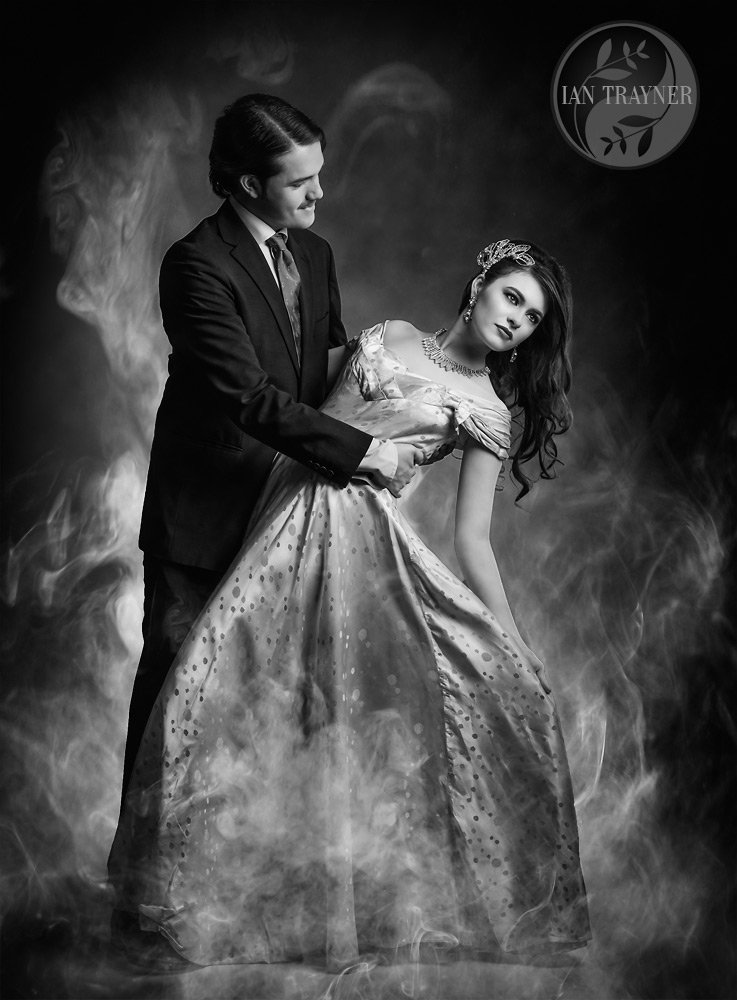 “Singing in the Rain” with Rosemary Lloyd

Rosemary Lloyd is an extremely experienced professional model who has won multiple local, national and international modelling and pageant awards. These include Young Model of the Year, 2016 and Miss Worldwide, 2017. Recently I photographed Rosemary for the cover of World Class Queens of England magazine.

Rosemary supplied all the costumes and props for this photo shoot, including the male model Reginald. He grew his moustache specially for our photo shoot, and for this I am very grateful. I would love to tell you how we gave him the scar on his upper lip – but I am sad to say he already had it. Very fortuitious for the theme though.

Make up was by Cindy MUA who is based locally in Kingston upon Thames.

The bridge in some of the photos is Kingston Bridge, which crosses the River Thames in Kingston upon Thames. The blue lighting on the bridge is courtesy of the local council (I presume). I mention this because I have been asked how I added the blue colour in Photoshop. Not guilty! However the colour does go beautifully with Rosemary’s blue dress. 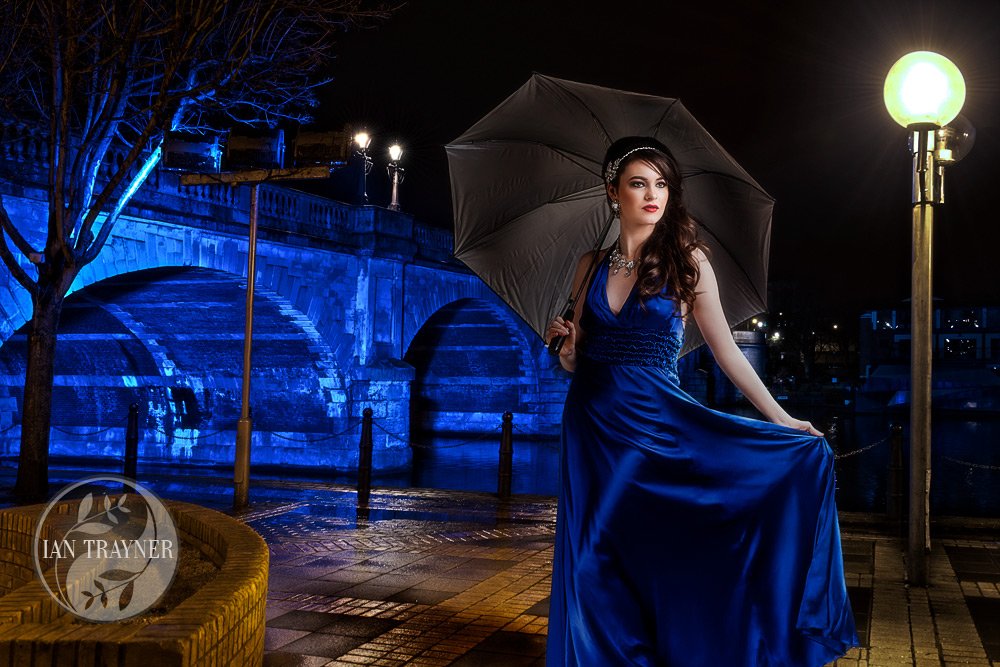 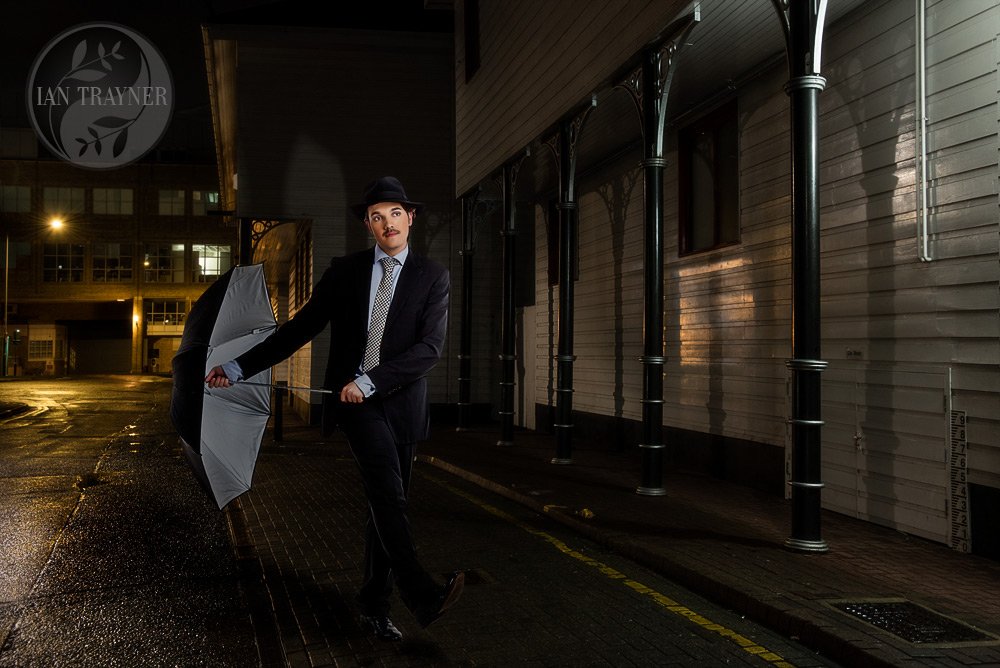 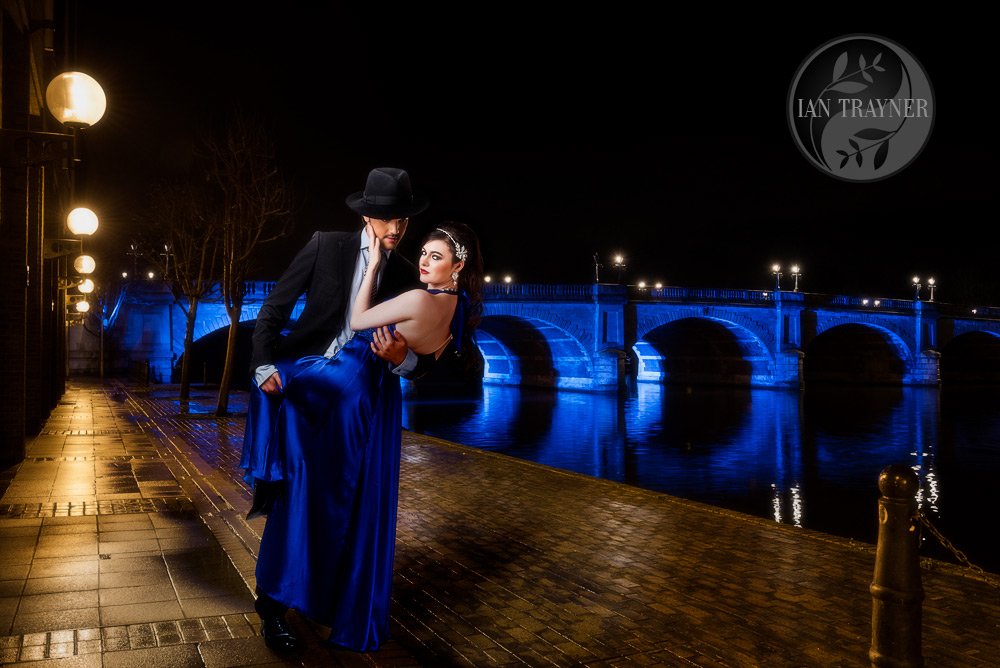 In my studio I deliberately styled the lighting on Reginald to give a vintage feel to the images. I used studio flash fitted with small reflector dishes and grids to give hard directional lighting. This mimics the effect of fresnel lenses which were extensively used to light classic Hollywood films. I was also careful to put strong highlights on Reginald’s hair. His moustache and hair style give authenticity to his look. I particularly like the scar that graces Regninald’s lip. He looks very “gangster”. I think he is a “wise guy“. 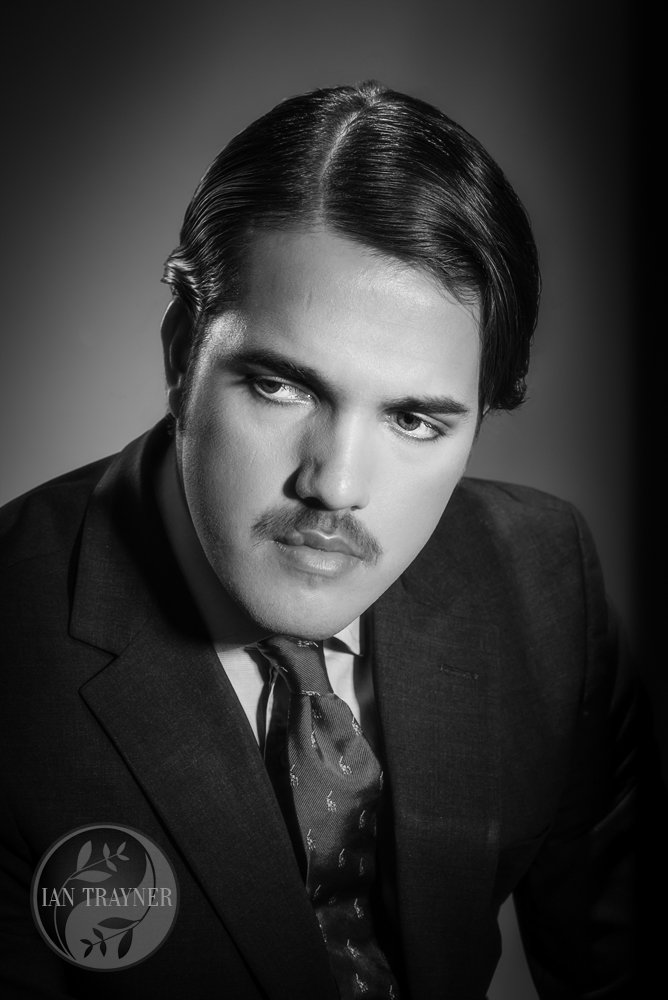 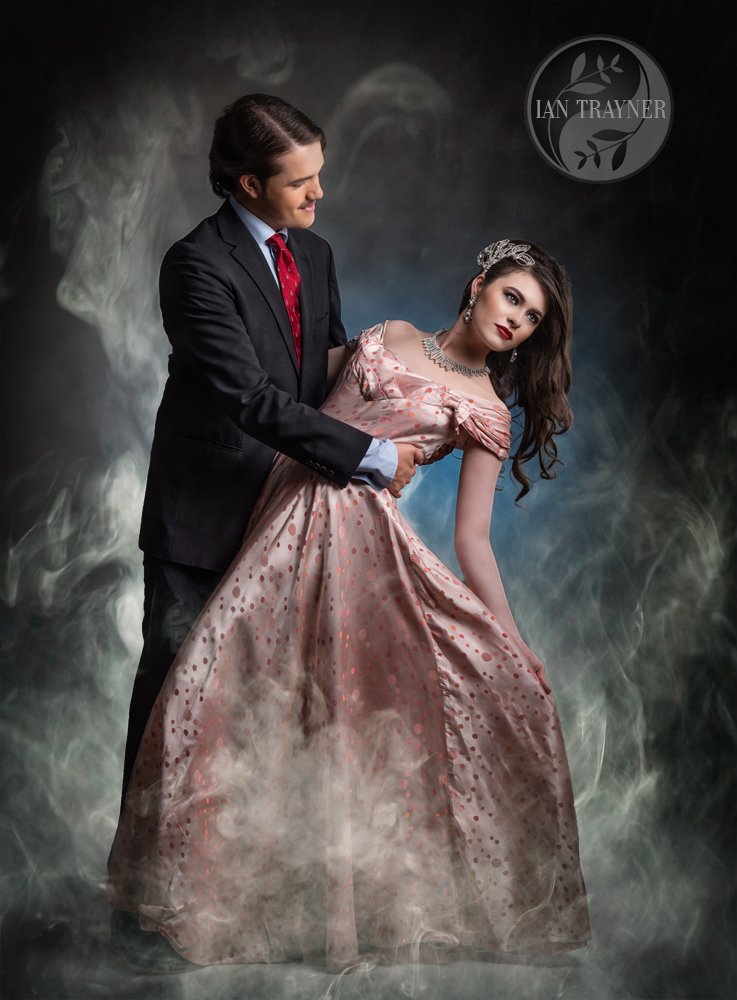 Published on the cover of NMB Magazine