The trouble with neighbours…

“This is the life”. I shall sit here dozing in the sunshine, with a full belly, and not a care in the world… 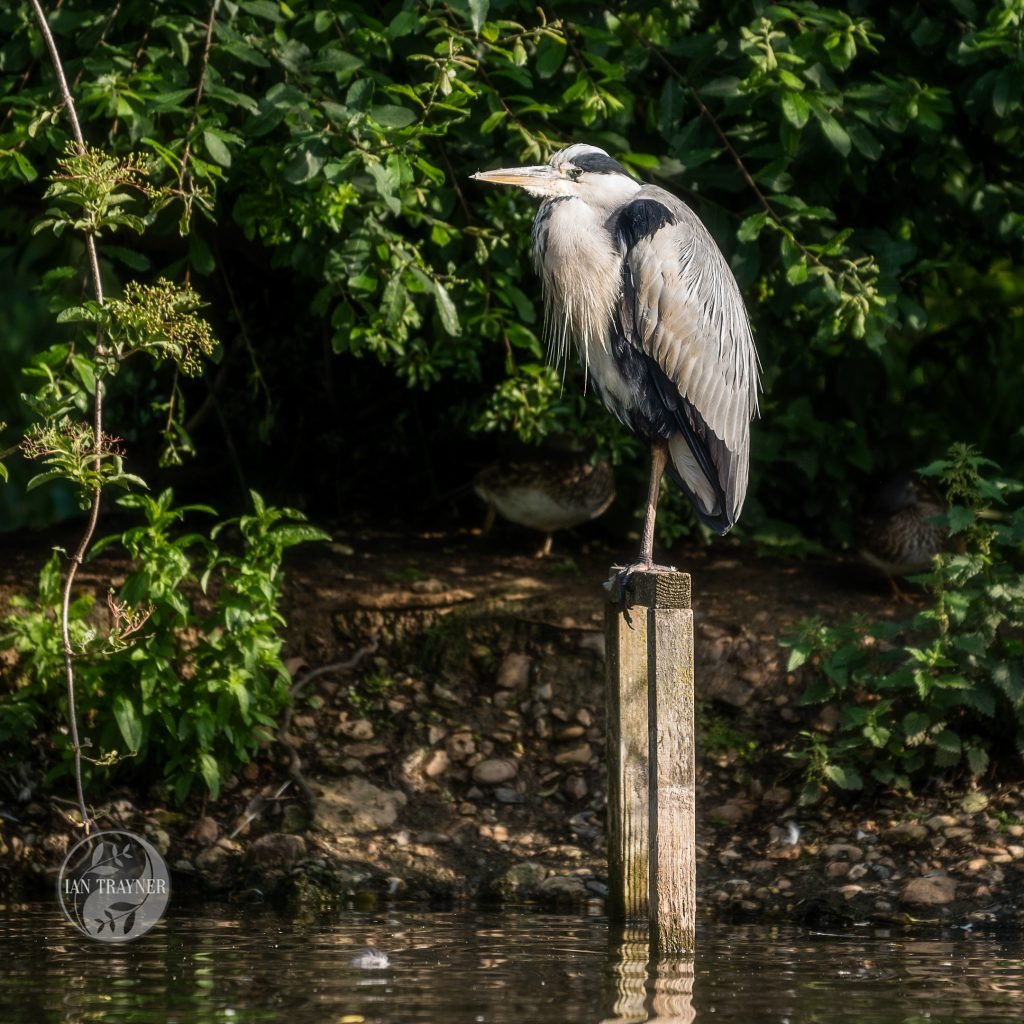 But what is this!? Suddenly my pleasant dreams are interrupted by a very noisy neighbour! This is MY perch so you can sod off! 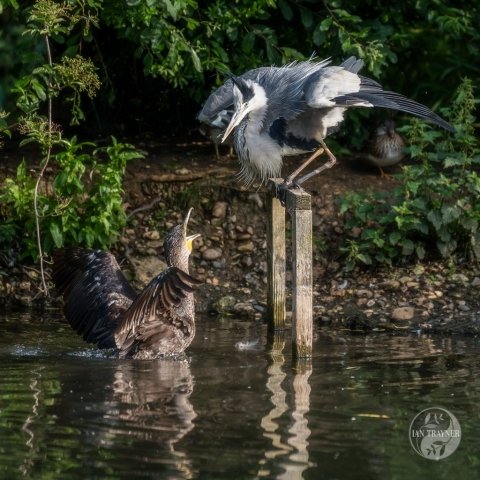 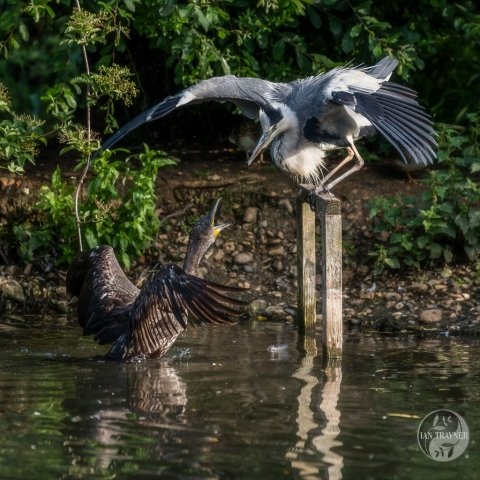 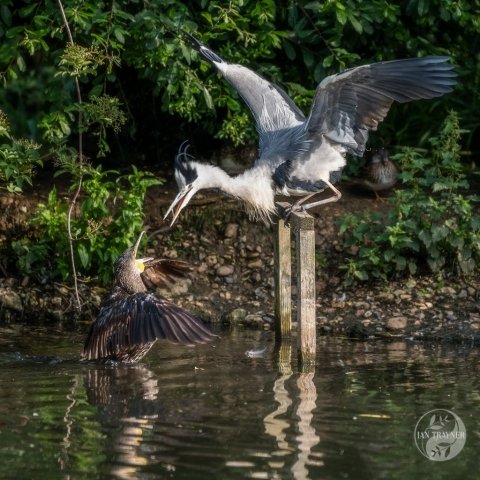 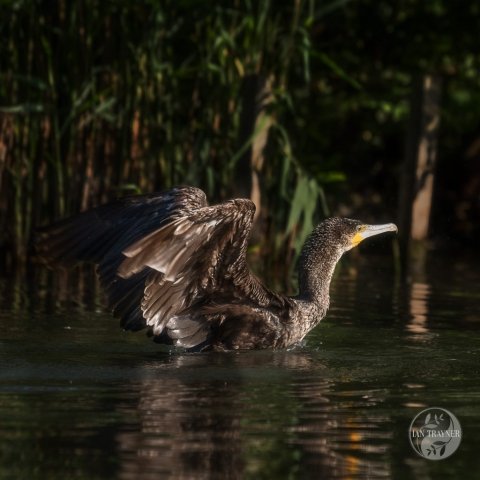 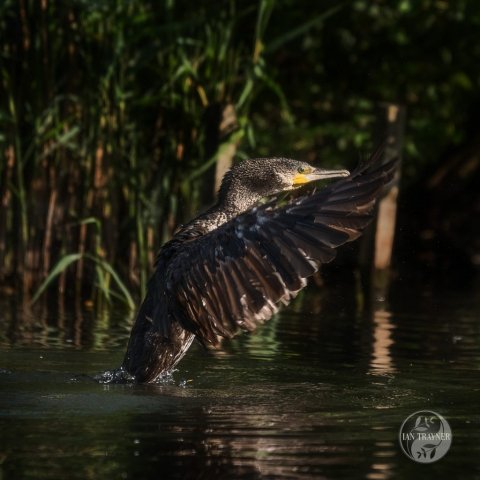 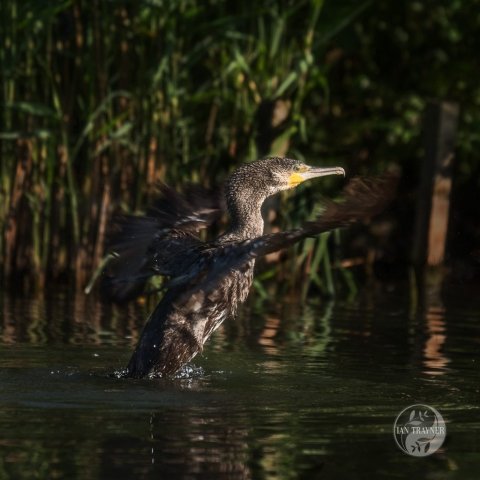 That cormorant was very aggressive and extremely noisy. Thank goodness it has left. Let’s have a bit of a stretch… 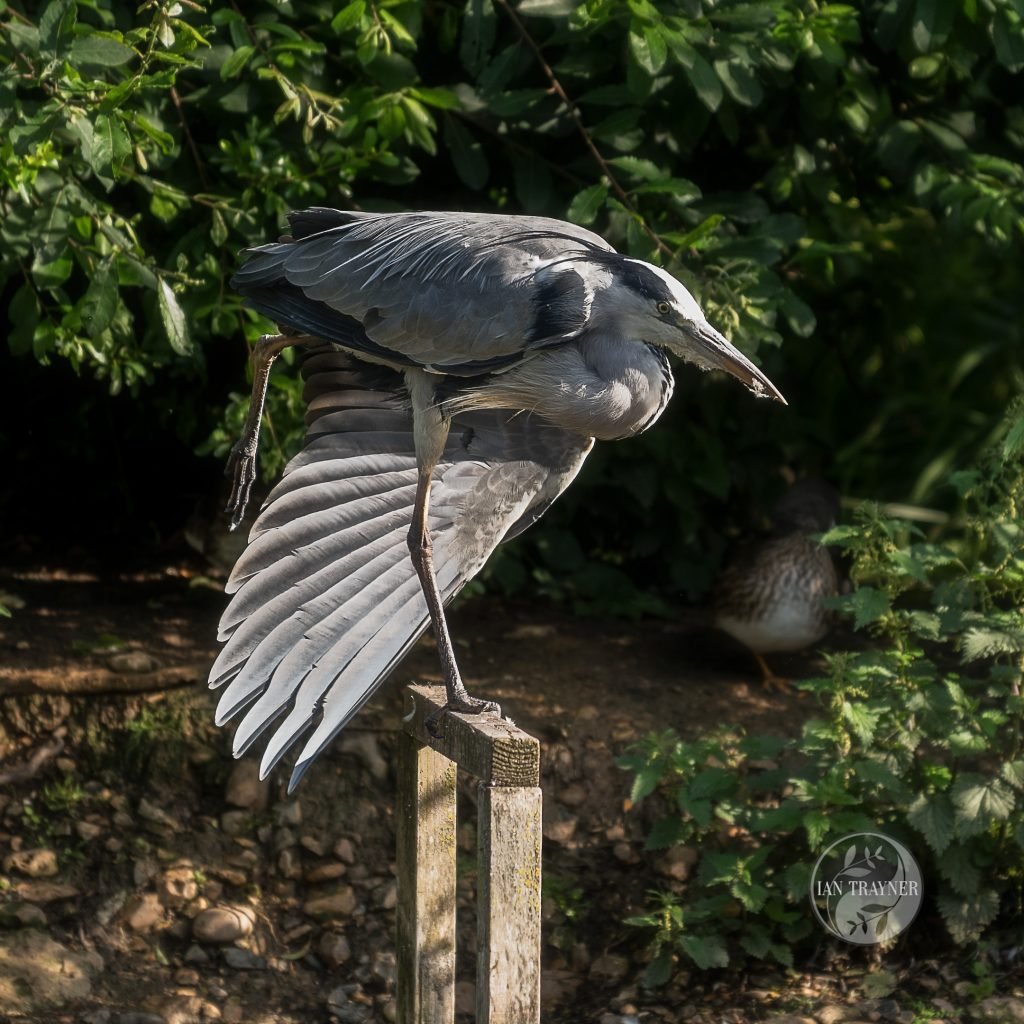 The angry cormorant returns to harrass the heron again!

Oh no! I thought I had got rid of you! 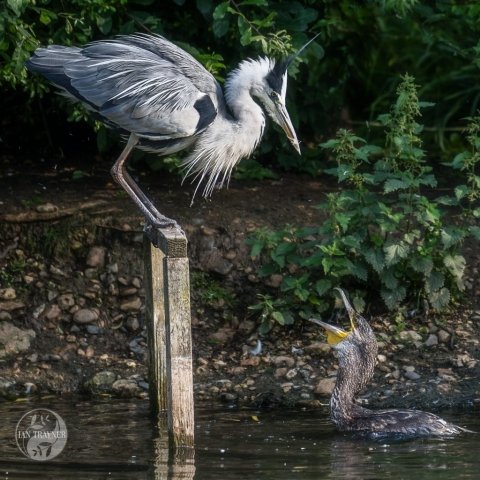 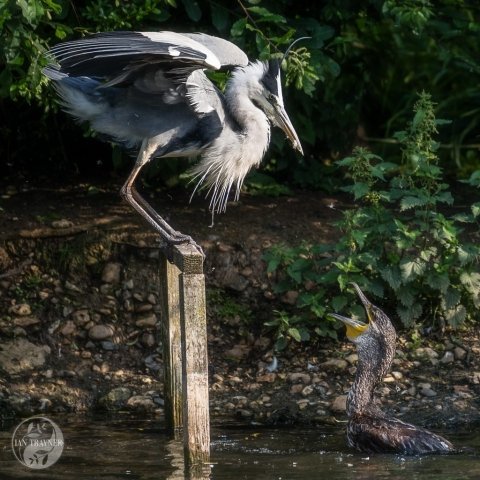 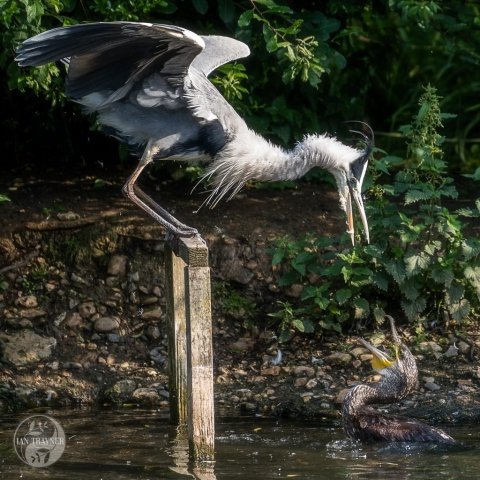 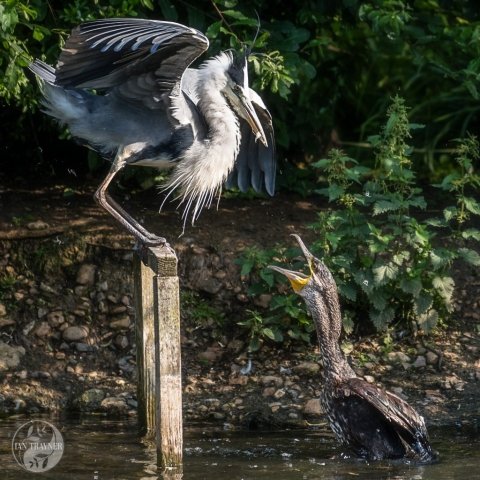 I was out and about with my camera, checking locations for family photography. This is a location I use often, but I wanted to check whereabouts the sun would be in the sky in the afternoon.

I heard an almight row. Upon investigation it turned out that a cormorant was harassing a grey heron. Repeatedly. Every few minutes the cormorant would aggressively harass the heron for a while before beating a retreat. Then it would return for another go, and the cycle would repeat.

What could be the explanation for this behaviour?

I do not know with certainty. However another person watching this told me he had seen the cormorant sitting on that perch on previous occasions. So my theory is the cormorant regarded that wooden structure as it’s perch, and resented the heron standing where it wanted to go. I think it is a plausible theory. But obviously I can’t know for sure.

The lens I had on the camera wasn’t really long enough (80-200mm). – but because the camera has oodles of pixels to spare I got away with it.