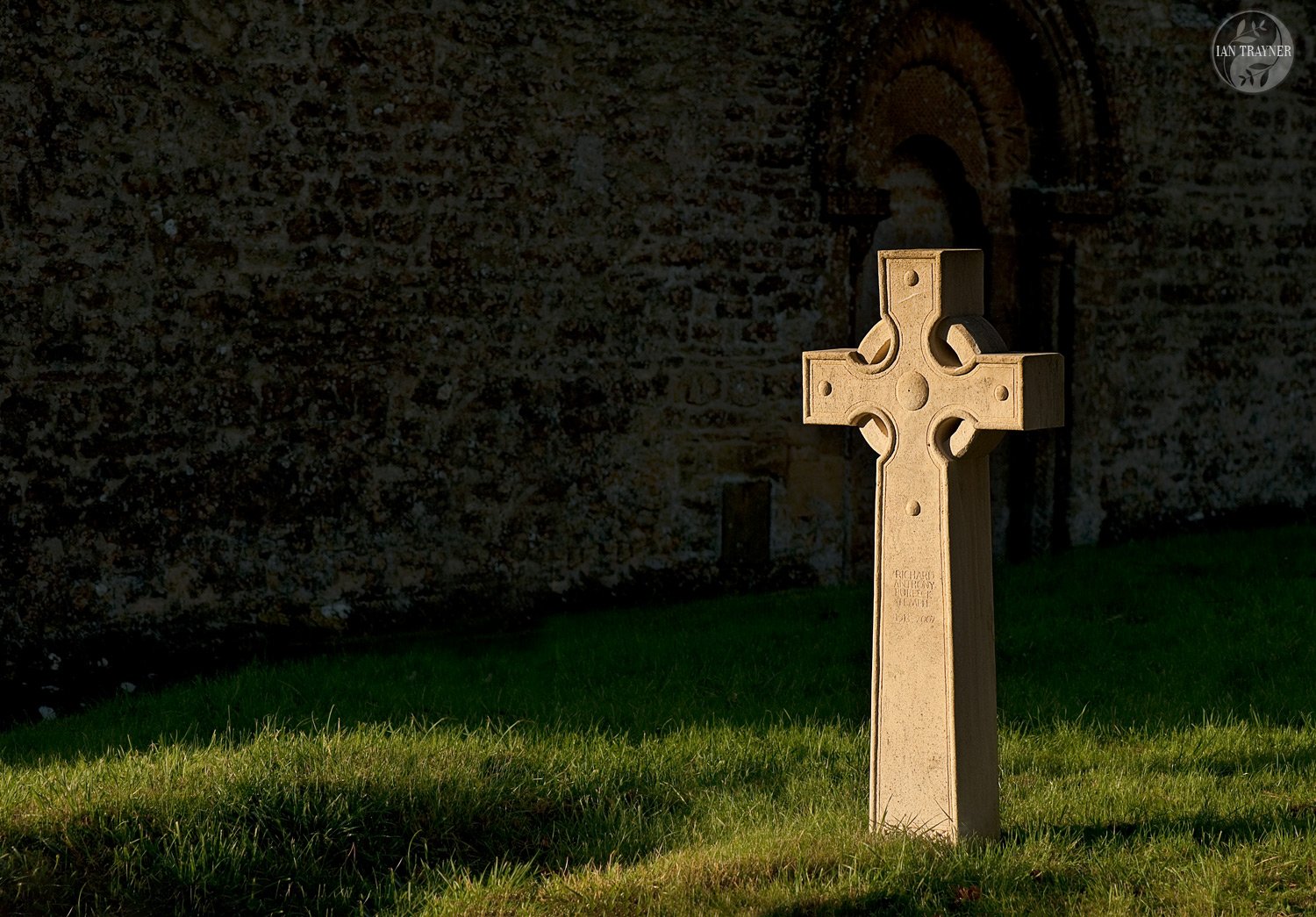 I had never visited this site before, but I had prepared myself beforehand by examining an ordnance survey map which showed the contours of the land. I could see the churchyard was on the top of a hill, and the hill faced east towards the rising sun. I had also “driven down the nearby roads on my computer” using the streetview feature of Google maps. So I was reasonably well prepared. But I did not know whereabouts the cross was in the graveyard, and I was unable to determine whether the sun would shine directly into the graveyard this early in the morning. It could be stopped by buildings, greenery or clouds.

So I set out very early with my fingers crossed (metaphorically obviously, since I was driving).

I arrived before the sun rose above the horizon, and I took the first photos in the dim and diffuse light provided by the sky before sunrise.

I took the first three photos (below) at about 7am before the sun had risen. The sky was almost cloudless, and the light this early in the morning was very diffuse.

But what was the best composition to photograph the celtic cross? Should I photograph it from directly in front? Or from an angle? And how high above the ground should I position the camera? Of course I took a number of photos so I could choose my favourites later.

I am only showing a small number of the photos here. When doing a commission like this I will take a wide selection of photos. In this case I took many detailed photos of the cross itself, and I also took a lot of photos that showed it in the wider setting of the church and graveyard.

These three images feel different from each other even though they were taken at almost same time in the same light. All I did was change the position of the camera a little bit.

For the benefit of technophiles I used a longish lens, wideish aperture, slowish shutter speed and a tripod. 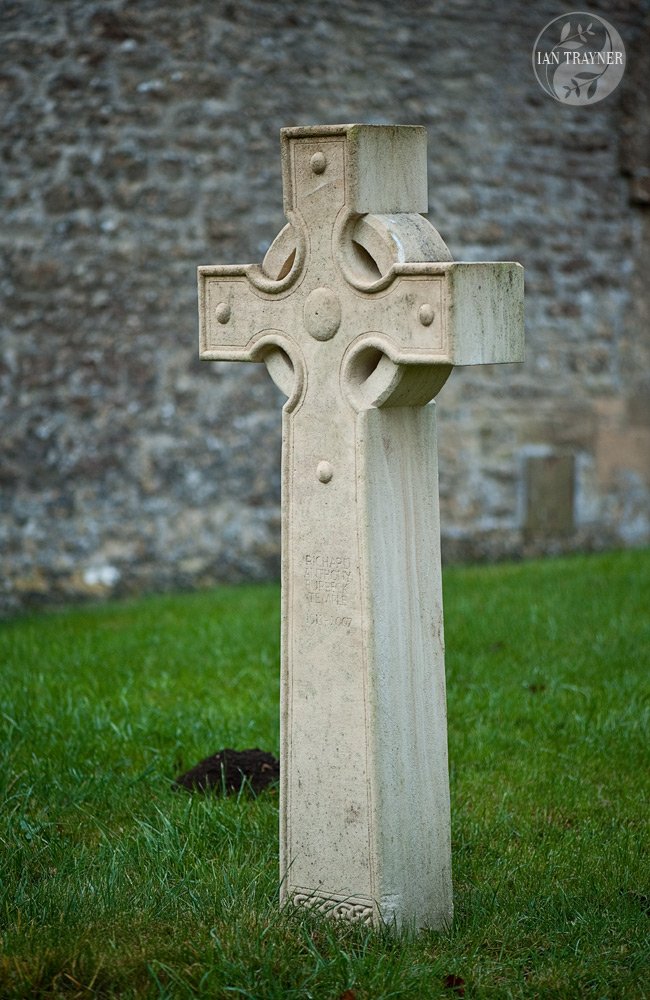 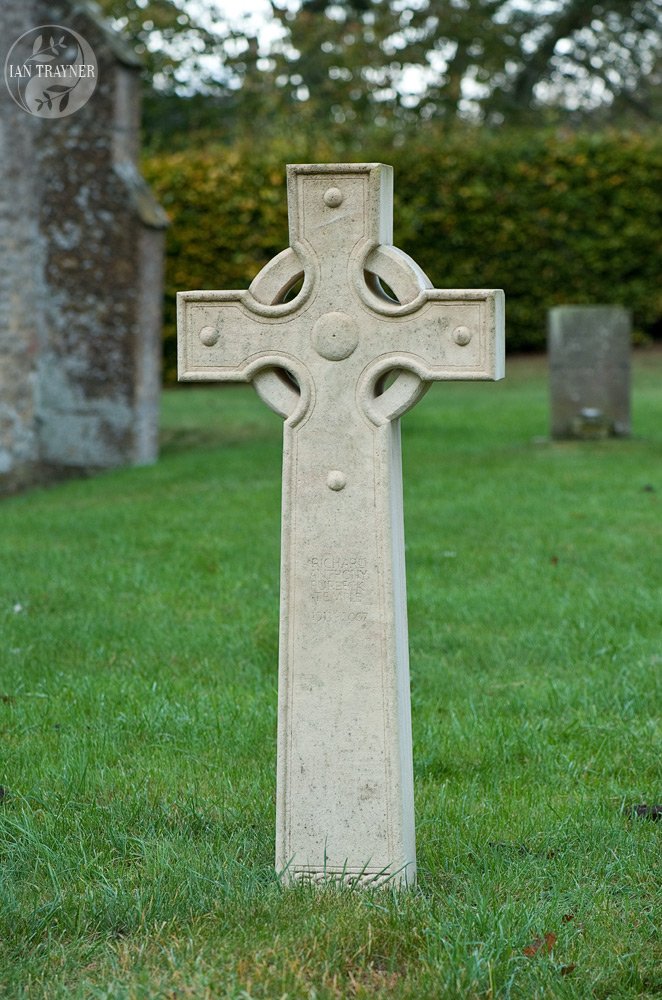 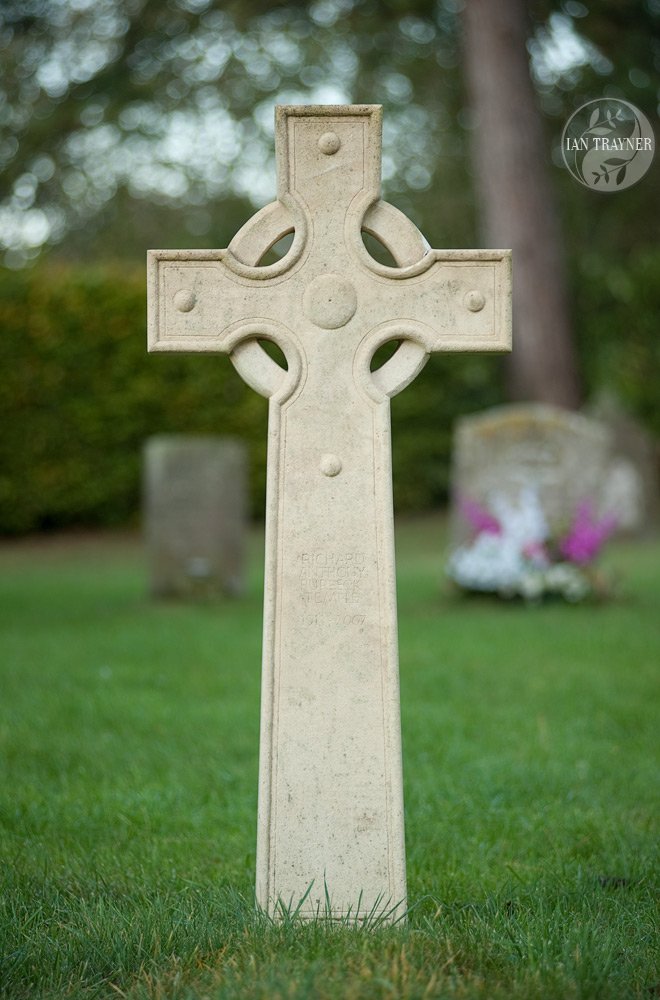 The magic of light

What a difference the sun makes!

I was very lucky with the weather. The sky was almost cloudless which meant my photos would benefit from a beautiful sunrise. I was also lucky because the sunlight fell directly upon Ross’s celtic cross!

For the first two of the following images I exposed my camera for the sunlight falling on the cross, and the relatively dark background helped me to create these dramatic images. The warmth (yellowness) was provided by the early morning sun itself, cutting across the valley at a low angle.

And of course it wasn’t just the photos that benefitted from these conditions. It was a gloriously beautiful morning and I enjoyed spending a couple of hours there (during which I ate a packed breakfast).

For the third of these images I told the camera to take a correct exposure on the sunlit grass. 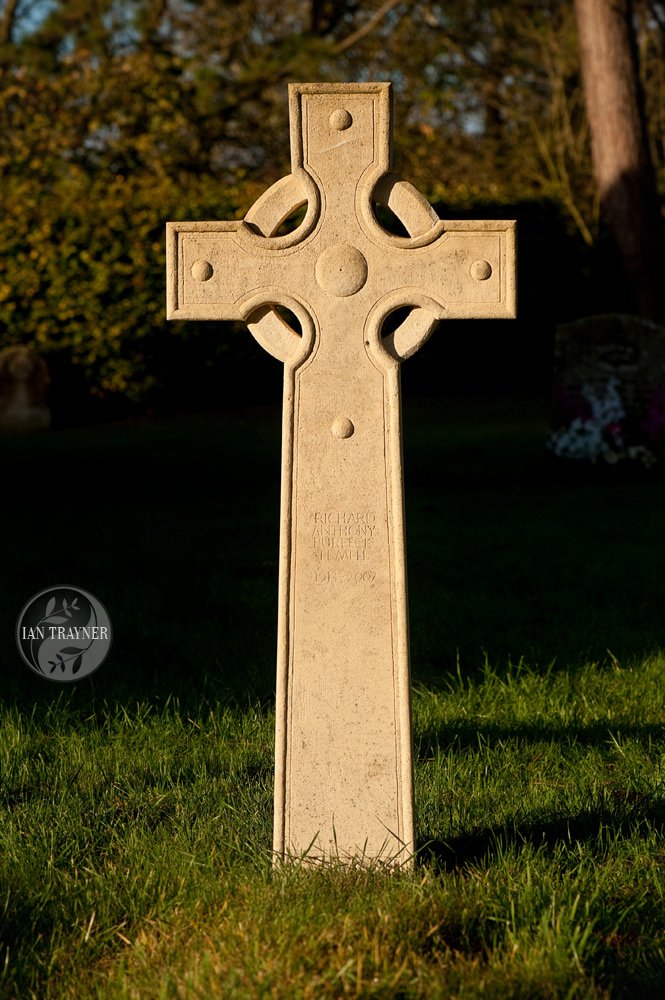 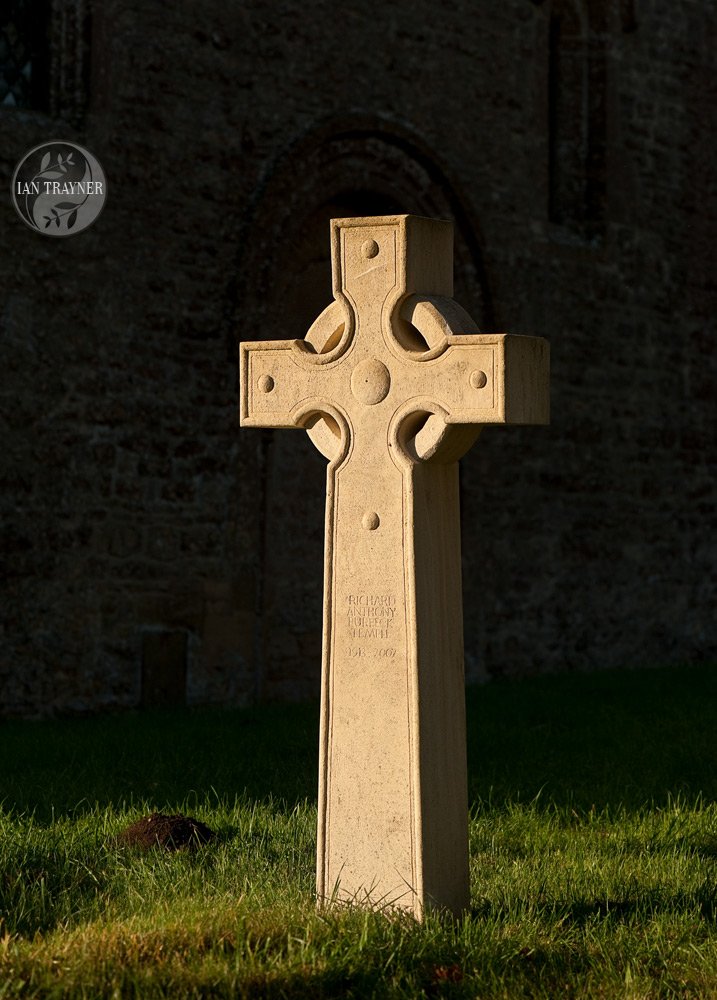 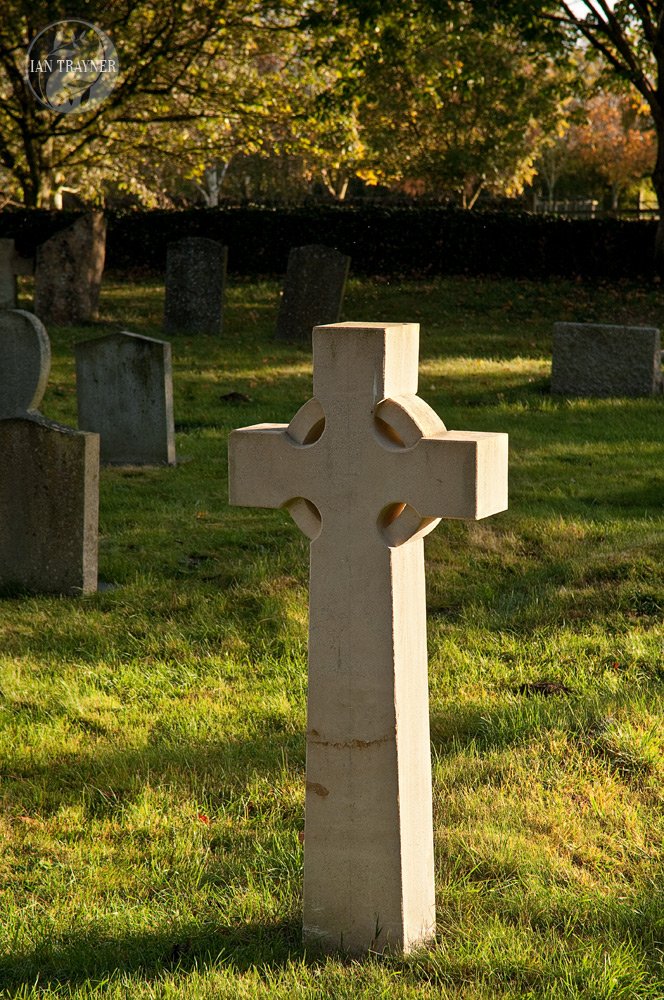 Celtic cross viewed in the graveyard 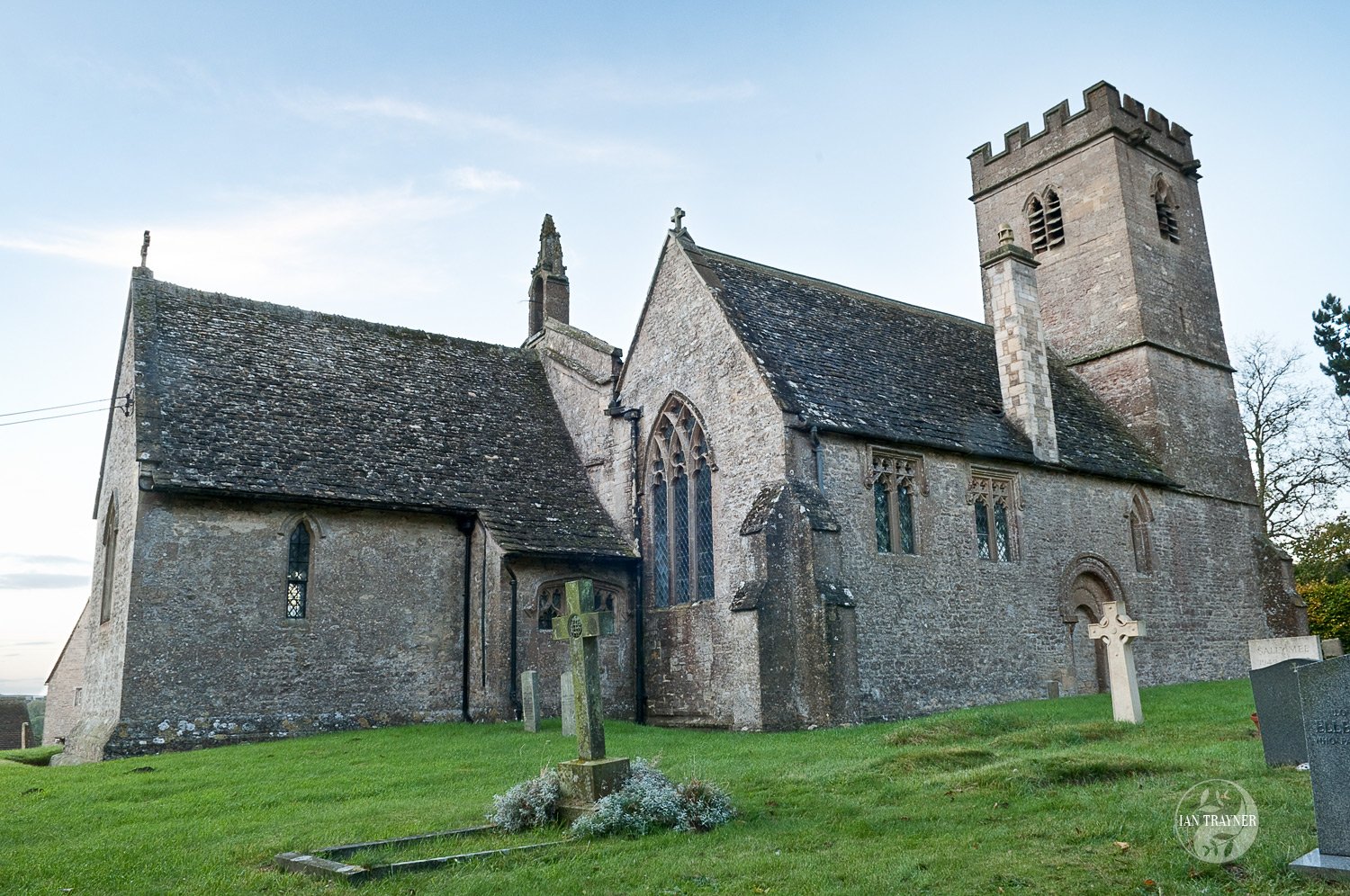 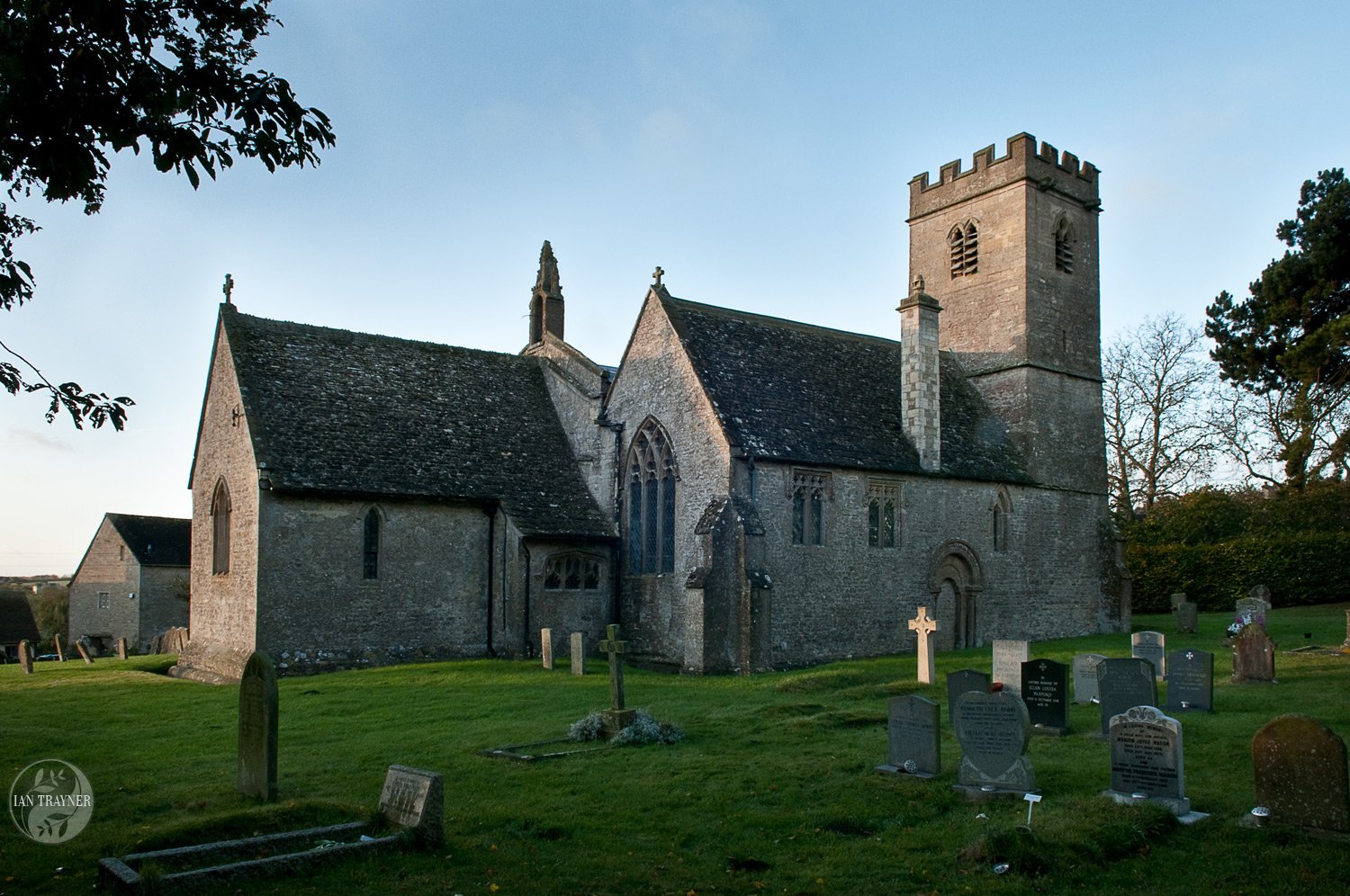 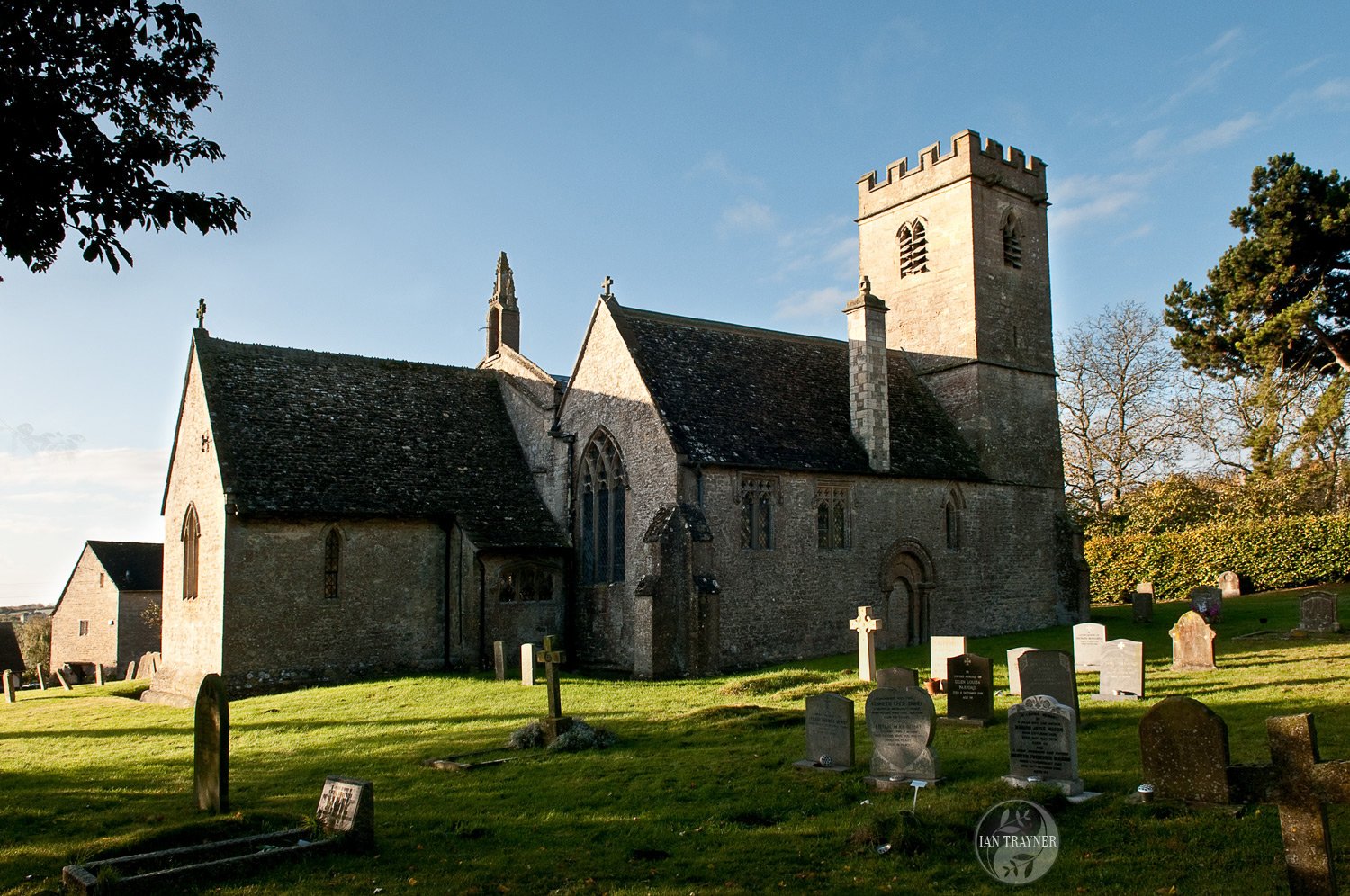 How to capture the magic of light? That is a question that continually inspires my photography. 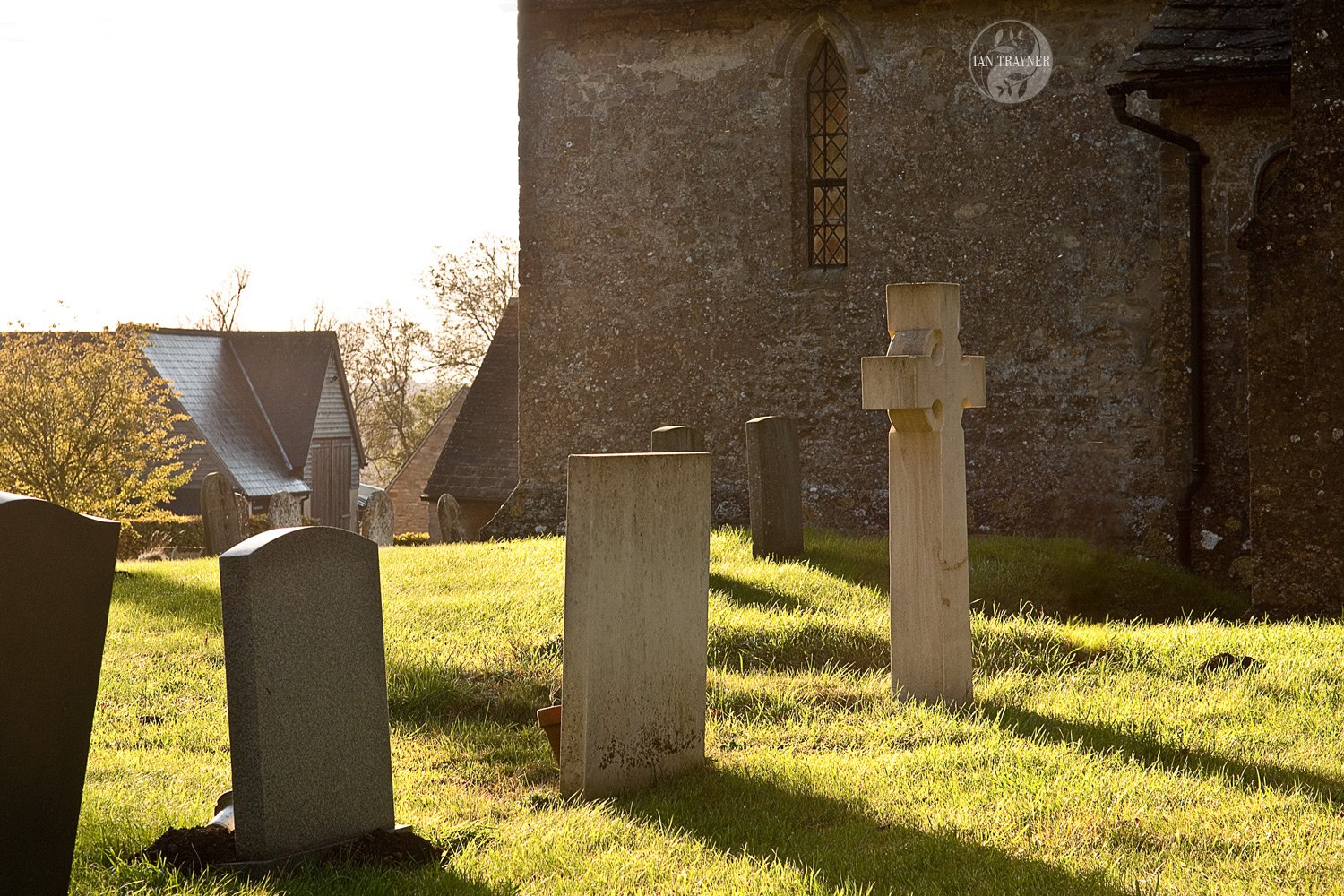 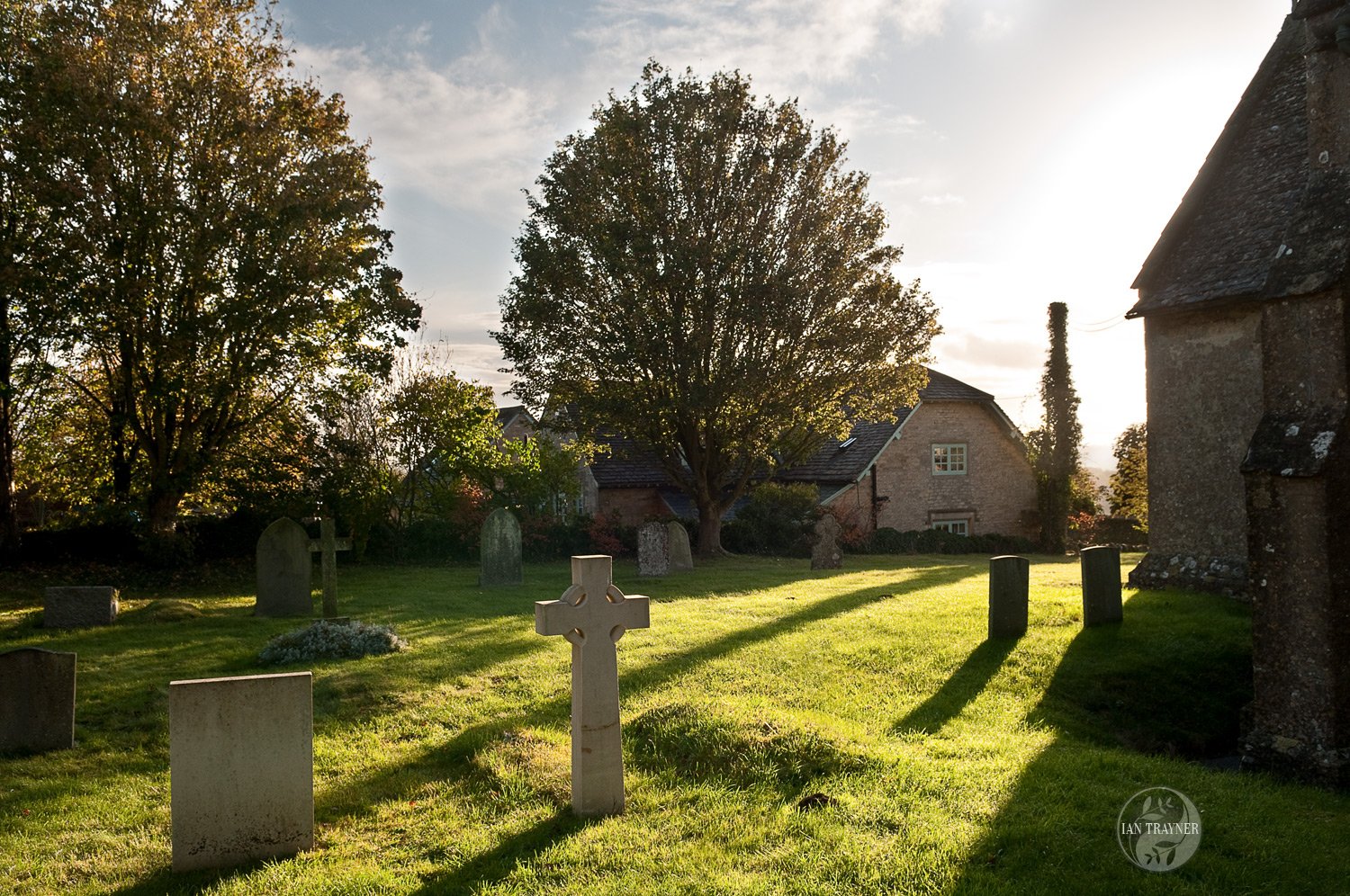 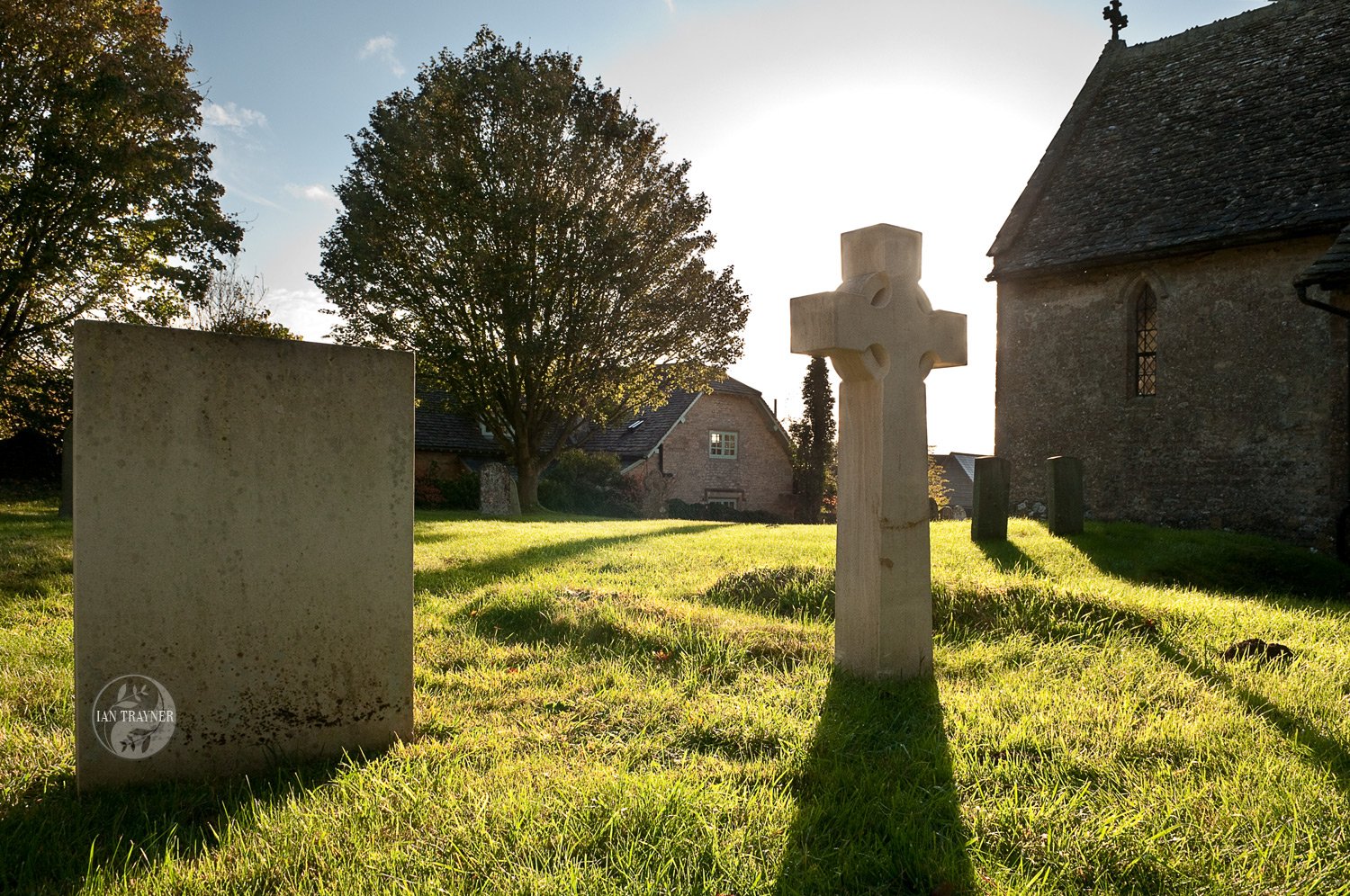 Who is Ross Fuller?

Ross Fuller is a very skilful carver in stone and wood. I intend to feature more of his work in future blog posts.