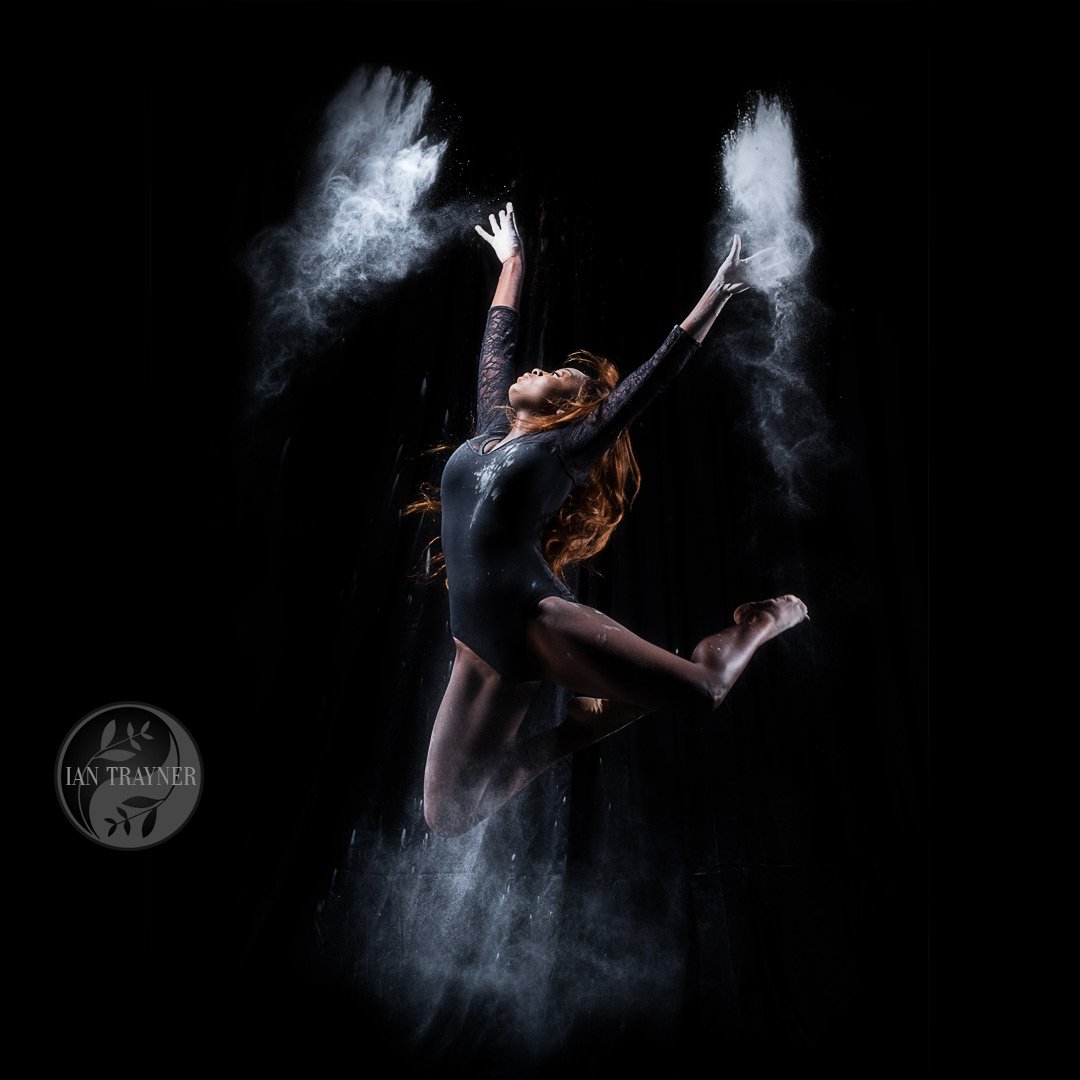 Combining dance with flour and smoke

When to use flour or smoke in a photo shoot?

Flour makes a terrible mess, and I don’t use it in my studio for this reason. These photos were taken in my garden out back.

Smoke doesn’t make any mess, but it doesn’t have as strong a relationship with the dancer as flour does. Smoke seems “passive” while flour appears to be more dynamic. Both are somewhat unpredictable and difficult to control.

Smoke is more susceptible to the vicissitudes of the wind than flour.

Michelle is a self-taught dancer, and she was able to pull off leap after leap, as we tried to get “the perfect shot”. There is a lot of “luck” inolved in getting pleasing images, when one is working under such tight constraints. I mean limited space, wind, and not knowing exactly where the smoke or flour are going to go! It is a challenge.

Two were tall thin softboxes with grids, placed on either side of the model, and slightly behind her as viewed from the camera. These were to light Michelle’s body with rim lighting, from head to toe, even when she was leaping. They also functioned to light the flour and smoke from behind, which is a lot more dramatic than lighting it from the same side as the camera.

The third light was a beauty dish which was positioned to shine a flattering light on Michelle’s face. I had to get this up high, and it was on a boom arm, almost above Michelle’s head.

Booking me for your own flour photo shoot (or dance photography) 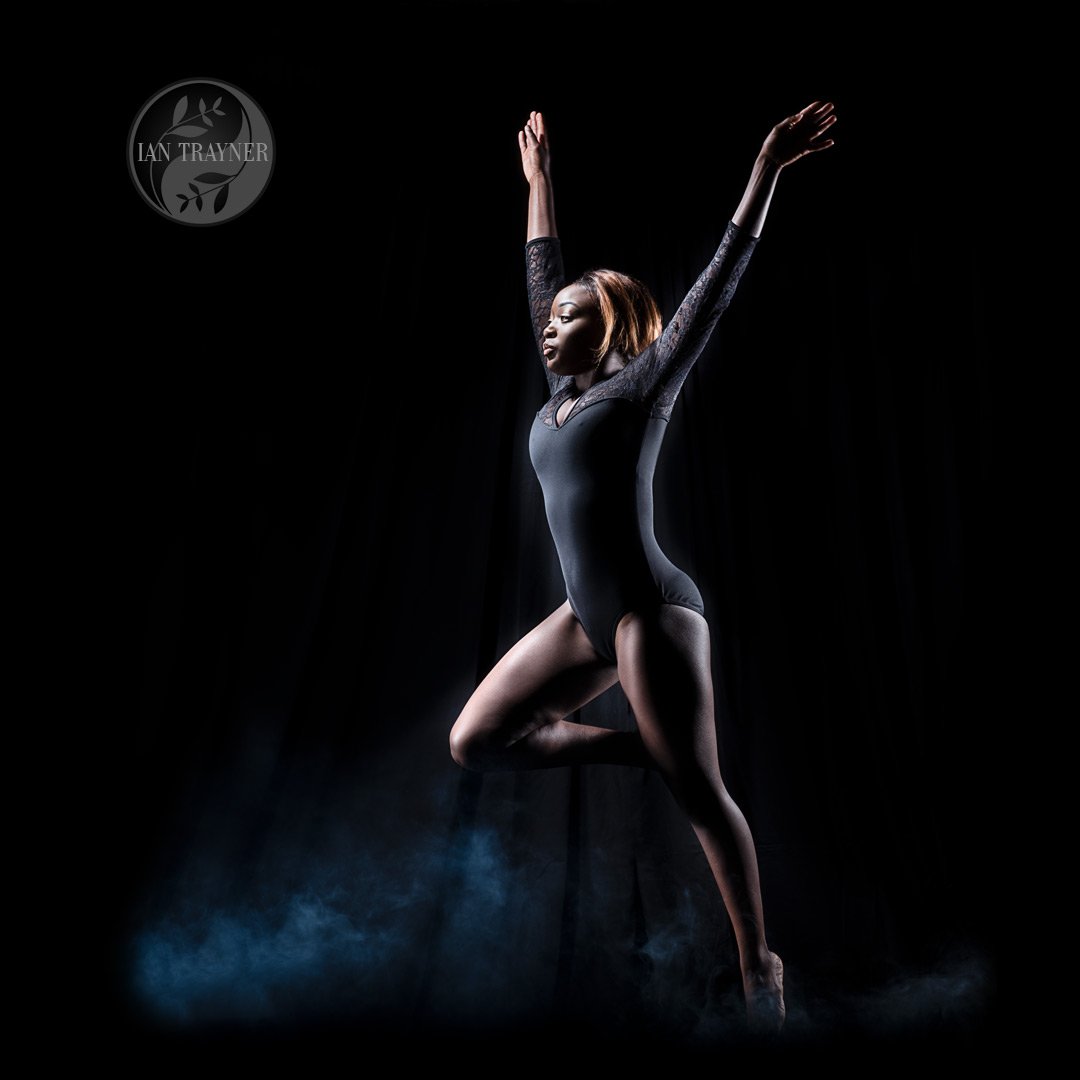 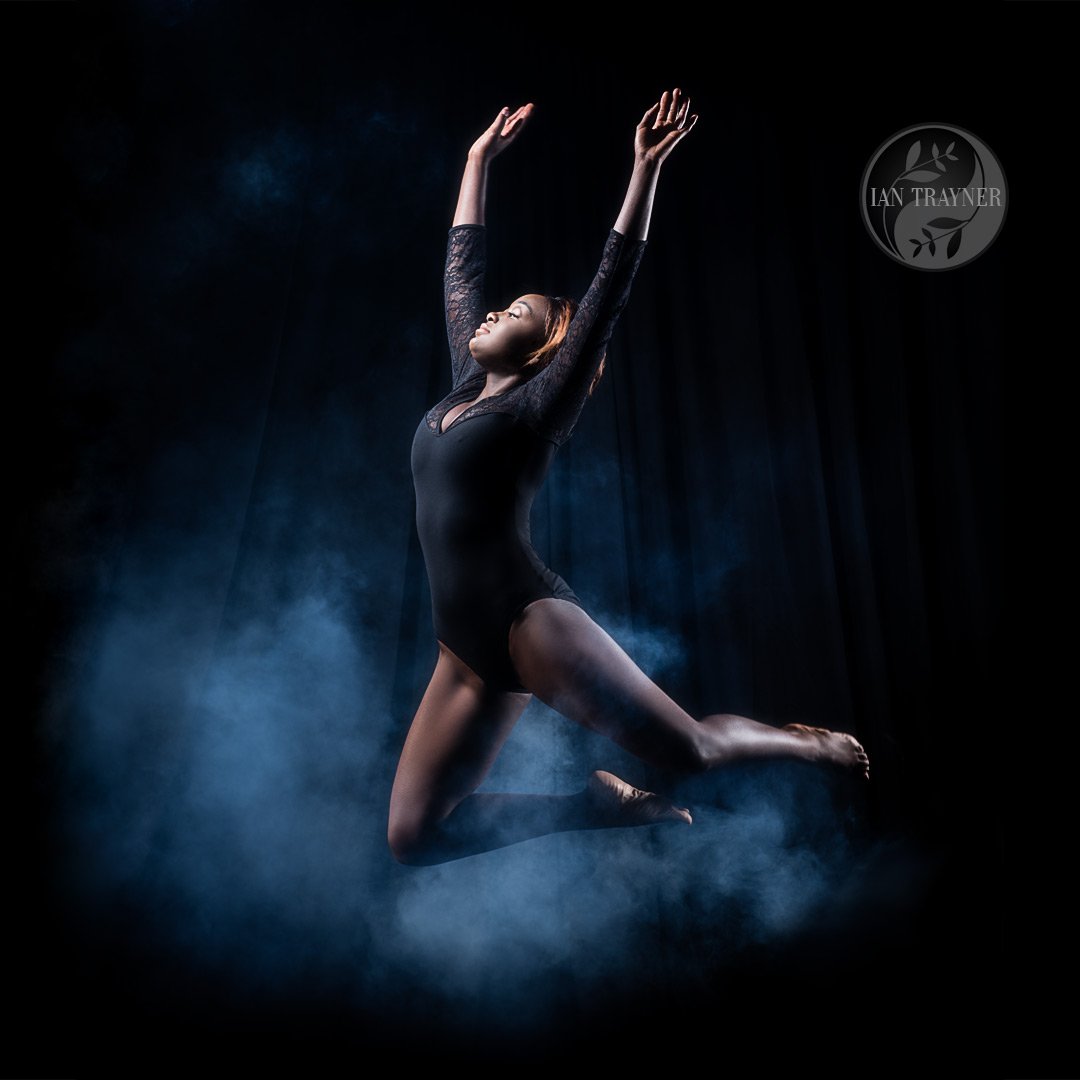 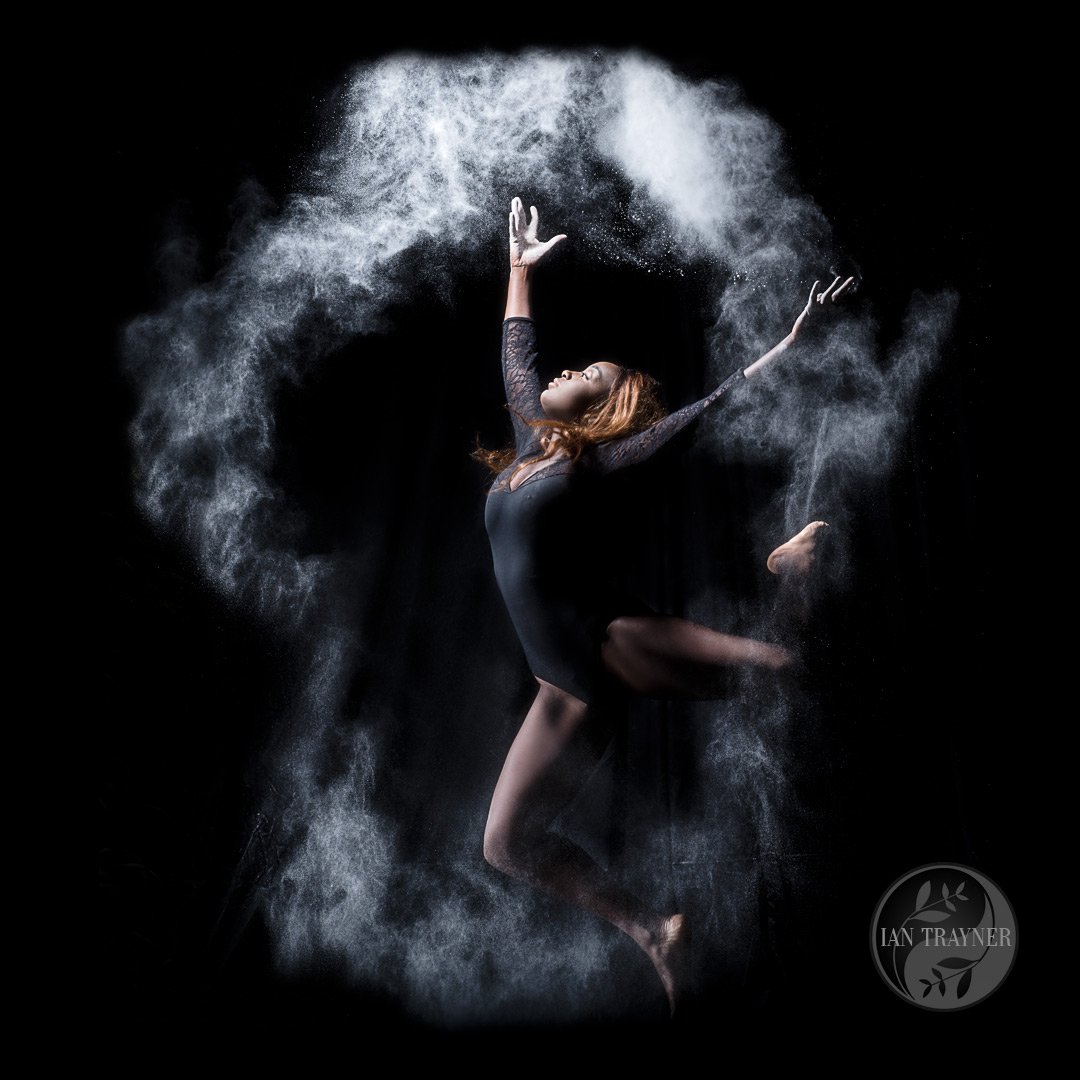 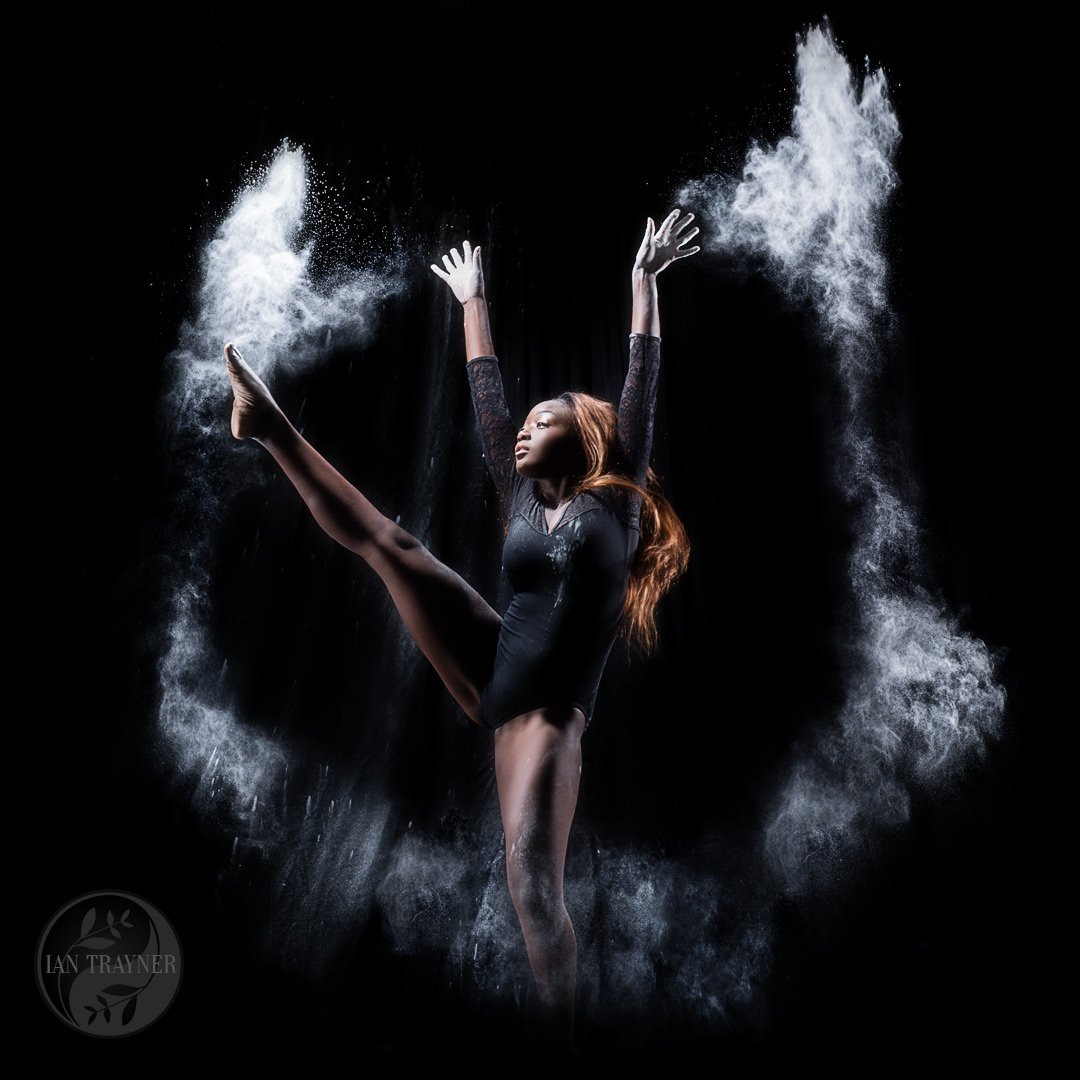