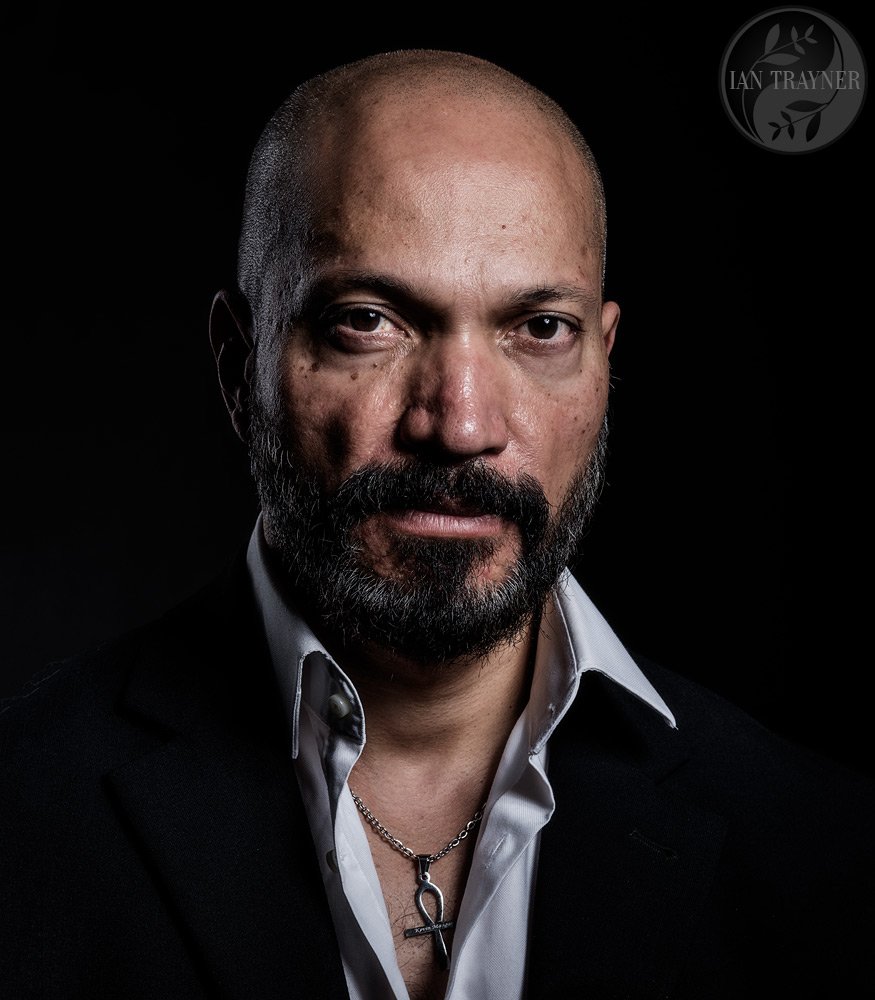 Kevin Mangar asked me to take some actor head shots (and also some other photos, but I will talk about those another day).  Some of the resulting images are conventional actor head shots, while others are more “portraits”.

Kevin Mangar often lands roles as villains. Do you think he looks the part?

Well do you, punk?

Curiously, immediately after writing the above sentence I googled “Kevin Mangar” and discovered he played a character called “Eastwood” in the film The Take Down.  What an extraordinary co-incidence! (For people who don’t know “well do you punk” is an iconic line spoken by Harry Callaghan, played by Clint Eastwood in his “Dirty Harry” movies. Look at this clip and then this clip).

According to film buff website IMDb Kevin Mangar is also known for roles in Spider Man 2: Another World and Redcon-1.

What is an “actor head shot”?

Actor head shots are intended to give casting directors an idea of what an actor or actress looks like. However Kevin and I didn’t want to just limit ourselves to conventional actor head shots. So Kevin played some roles, and I fiddled with my lights.

Lighting for head shots and portraits

Here are five “head shots”. In the first, I lit Kevin’s head with a single key light located directly above the camera’s line of sight. You can see the reflection of the key light in Kevin’s eyes. The flash was modified by a gridded white beauty dish. Just the one light (technically this kind of lighting is called “butterfly lighting” because the shadow beneath the nose might look a bit like a butterfly. Allegedly.

In the next photo the key light is exactly the same, but I have added two additional lights, one on each side of Kevin’s head. The photographer has to be quite careful where s/he places these lights in order to create the desired effect. I was using two tall slim soft boxes fitted with grids.

For the fourth head shot in this series I moved the key light to one side, a bit higher than Kevin’s head. It is still modified using the same white gridded beauty dish. I have also moved one of the tall gridded softboxes further back behind Kevin, and brought it’s brightness down. These are the only two lights on Kevin in this photo.

Next I threw some light onto the black background, making it grey. The purpose of this is to make Kevin’s outline more visible. I call this Kevin’s “Patrick Stewart” picture.

As I wrote above, Kevin Mangar often gets typecast as villains. He does a “hard man look” very well. But why don’t we bring out his softer side too?

Photoshop editing was kept to a minimum.  I made a small number of global adjustments to  basic variables like colour balance, the tone curve, clarity, and maybe one or two other of the sliders that adjust the entire image. I also did a very small amount of eye brightening – very subtle. Otherwise Kevin’s head shots and portraits are as the camera captured them.

I thank Kevin Mangar for asking me to take these actor head shots, portraits and other photos (I may write about some of the others later).